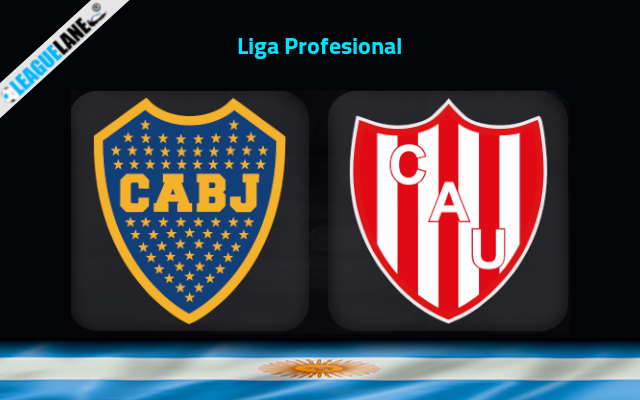 Boca Juniors had an impressive form before entering this Liga Profesional season. They have been recording unbeaten outcomes in a frequent rate lately. Also, the most recorded outcome by them in the past 10 is a positive display.

Boca Juniors recorded a 2-1 win against Arsenal Sarandi in their opening league fixture this season. They lost their second fixture but returned back to the winning ways by sealing three pointers from the third and fourth league outings with scoring goals at an impressive rate.

Meanwhile, Meanwhile, Union were having a disappointing fluctuating form before playing their first Liga Profesional fixture this season. They were winless in seven of their past 8 outings in all competitions before entering the league outings this campaign.

Union recorded a 1-5 demotivating defeat at home against River Plate in their most recent league fixture. It was their second defeat this season. The other one was a 1-2 defeat against Tigre. They will be hoping to better themselves by sealing a win from their upcoming league outing.

We can see Boca juniors possessing a strong home form at present. They are unbeaten since 12 home fixtures across all competitions. Seven of their past eight home outings were positive outcomes with an impressive performance from the offensive side.

On the other side, Union is having the same inconsistent overall form on road. They are winless in six of the past 8 on road outings across all competitions. However, they won and drew one apiece of their two on road outings so far this season.

Such an on road form seems not enough for outscoring this Boca Juniors outfits who have been following an excellent form at home. We back Boca Juniors to seal a win from this fixture considering all the above compared stats of both these outfits.