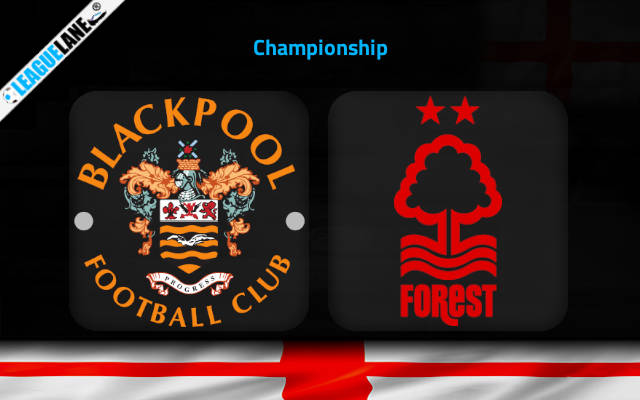 Nottingham Forest is on a 7-game unbeaten run in the league and they hope to carry that momentum to Blackpool this Saturday evening at Bloomfield Road for the 40th round of EFL Championship.

The Reds have lost just 4 of their last 29 league matches since losing 6 of their early 7 Championship games this season. Since Steve Cooper’s first league game in charge in September, only Fulham have won more Championship points than Forest. They are currently 8th in the league with 58 points.

Nottingham recently went exit from the FA Cup losing to premier League giants Liverpool by 1-0. But they won the last 3 league fixtures in a row. They are looking to secure a league double over Blackpool for the first time since the 1970-71 top-flight campaign.

On the other side, Blackpool resides at the 13th position on the table with 52 points. Of the 37 matches played, they won 14 games while drawing on 10 and losing on 13 other occasions. They score in decent amounts but tend to concede the same as they possess a weak backline.

The Seasiders are currently on a 4-game unbeaten run in the league with their previous league schedule saw a goal-less draw against Sheffield United. They were the only Championship team to not concede a goal during March, keeping three clean sheets.

Blackpool are on a 3-game unbeaten run at home. They have also won 50% of the games played at home this season.

Nottingham are the 5th best team in the league in terms of their away reign. They were unbeaten in 76% of the games played on road this season and have also not lost the last 3 away league schedules.