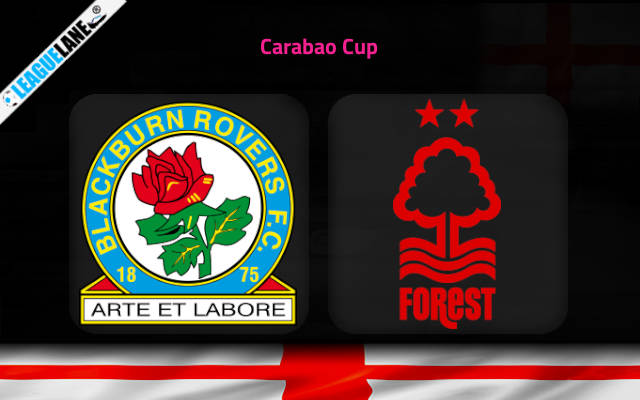 Unlike the visitors, the Riversiders have already played competitive football over the past two weekends.

They had semi success, losing 1-4 at home to Preston but then shockingly beating Norwich 0-2 on the road four days ago.

It was a fantastic defensive performance from Jon Dahl Tomasson’s troops who had a lot of lucj as well, facing as many as 19 shots on Saturday at Carrow Road.

Blackburn are still third in the Championship ladder but they have managed to keep pace with second-placed Sheffield United who are still only two points away in the battle for the automatic promotion.

Nottingham, on the other side, will only play their maiden Premier League game upon the return of the competition in the country’s top tier next Tuesday when they visit Old Trafford for the clash against Manchester United.

The Reds were in action on Friday, beating Spanish La Liga outfit Valencia 1-2 in a mid-season friendly.

Strikers Taiwo Awoniyi and Emmanuel Dennis were on target for the team led by Welsh manager Steve Cooper on the occasion.

Nottingham have a strong attacking line very much capable of causing problems to the leaky Blackburn defense here.

Blackburn conceded four goals in the home clash against Preston eleven days ago in Championship. They did keep a clean sheet away at Norwich on Saturday but only thanks to luck as the Canaries were the better team on the pitch throughout the 90 minutes of action.

Nottingham do have enough weapons capable of hurting this Blackburn defense and we will back the Away win & Over 2.5 goals FT bet at the 3.60 odds. We also like the 3.25 odds offered for Awoniyi to score anytime for the visitors.