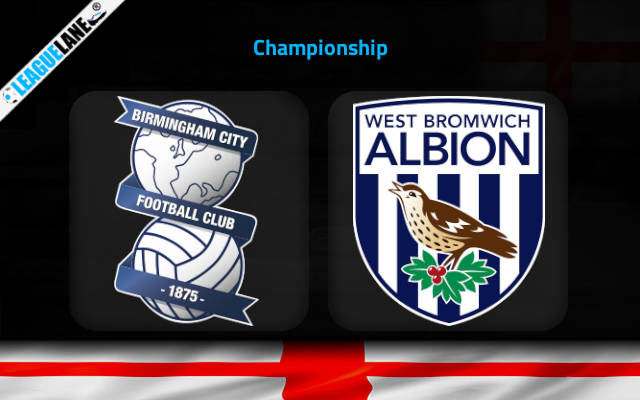 The outcome of this game will by no means affect either promotional or relegation battle as neither of the two outfits can go anywhere in the remaining seven matches of the season.

West Bromwich Albion will be looking to maintain their four-game unbeaten streak after barely avoiding a defeat in the 2-2 draw at Bristol City two weeks ago.

Substitute Adam Reach found the late equalizer in the third minute of added time at Ashton Gate to prevent a loss for the Baggies who have had an extremely disappointing campaign in the second half of the season.

Nonetheless, head coach Steve Bruce can at least be satisfied with the latest set of performances his men have put up, especially the one from the 1-0 victory over Fulham three weeks ago.

The Baggies should have a nice chance to maintain their fine streak here against Birmingham City who have failed to find the net in three successive home matches in the league.

The Blues have also failed to score in four of the last five Championship outings in general. They will go into this off the back of a goalless draw at Swansea City.

West Bromwich Albion have been the dominant force in the recent history of this matchup, winning seven and drawing two of the previous nine encounters with Birmingham City.

Birmingham City have failed to score in any of the last three meetings with WBA.

The Baggies also have a better overall H2H record at St. Andrew’s Stadium where they won 20 and lost 18 of the last 51 clashes against Birmingham City.

We see this tie as a great opportunity for West Bromwich Albion to maintain their unbeaten streak knowing that their Sunday counterparts have been struggling for goals lately.

WBA are 2.05 to win, while the braver punters can back the visitors to keep a clean sheet at the odds of 2.50.