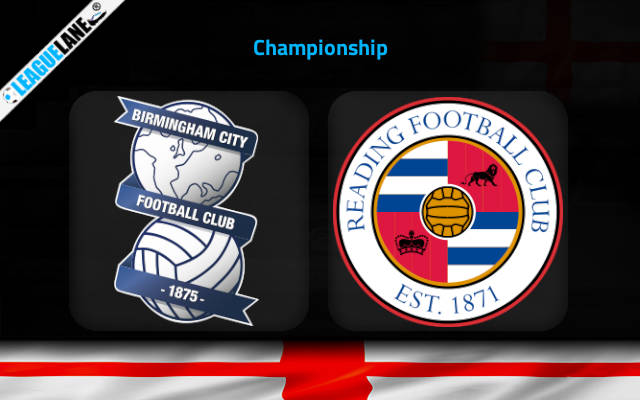 Birmingham and Reading are set to raise the curtain on Matchday No 23 in English Championship as they meet each other on Friday evening at St. Andrew’s Stadium.

Both teams have managed to keep their net untouched in the last weekend’s affairs as Championship returned to action after a four-week World Cup break.

The Blues did not inspire in a goalless draw away at penultimate-placed Blackpool on Saturday.

Head coach John Eustace can at least be satisfied with his team’s defensive efforts on the occasion as the Blues limited Blackpool to zero shots on target six days ago.

On another note, though, Birmingham are winless in three successive Championship outings, a run that has dropped them to the 14th position in the league standings.

Speaking of the Championship table, the situation is still very tight in the top half and both these teams still have realistic chances of getting involved in the playoffs contention.

Reading are already there, sitting at the 8th position despite being only three points above Friday’s counterparts.

The Royals will travel to St. Andrew’s on the back of a 1- victory over Coventry on Saturday but we must say they did not offer anything special in the first game after the WC break at Select Car Leasing Stadium.

Interestingly, Birmingham are labeled as 2.10 favorites here although they will enter this winless in three successive games. We like the value of the 3.80 odds offered for the away win pick knowing Reading managed to get 8 wins in the last 17 away clashes against the Blues.

The value is even greater in backing Reading to win & Over 2.5 goals FT bet at the whopping 7.50 odds knowing each of the last six H2H outings offered at least three goals.