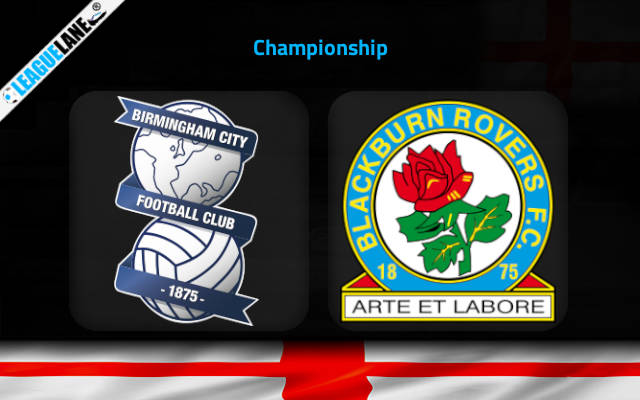 With a 5-game winless run in the league, Birmingham City hopes to turn the tables in this final meet-up with Blackburn Rovers. These two sides will clash at St. Andrew’s Stadium, this Saturday.

Birmingham ensured their Championship safety after gaining a 13-point lead from the drop zone. They drew back to back league games against Cardiff and Millwall after losing the previous 3 games in succession. The hosts couldn’t do anything further here and perhaps closing the season with a win at home would be great.

The Blues are currently 20th in the league with 47 points from playing 45 games so far. Their struggles at the defensive end of the pitch has also been another key factor as they have conceded 73 goals so far which itself is the second worst conceding figure this season.

Blackburn Rovers have secured a top 10 finish this season and will look to finish their campaign with a win here. They are 9th in the league with 66 points from playing 45 games so far. Their fall from potential automatic promotion contenders to failed playoff hopefuls will left a bitter taste this season.

Rovers lost the previous league fixture by 0-3 against the second placed Bournemouth. They scored 57 in total while conceding a sum of 49 which shows that they have been conceding goals lately. The visitors have also seen scored against in all of their last 6 matches.

Birmingham are left without a victory over the Rovers in their last 4 league games. They also haven’t won at home in the past 2 matches in the league. A win for them here will take them to the 50-point landmark for the season while failing wouldn’t do much of a difference.

Meanwhile, The visitors will be looking to ensure a win on the night as to finish this season on a high note. Blackburn were also seen winning the last 3 league meetings in a row over this rival.

While this is pointless game since both sides are safe, a victory is more prone to Blackburn Rovers this Saturday.