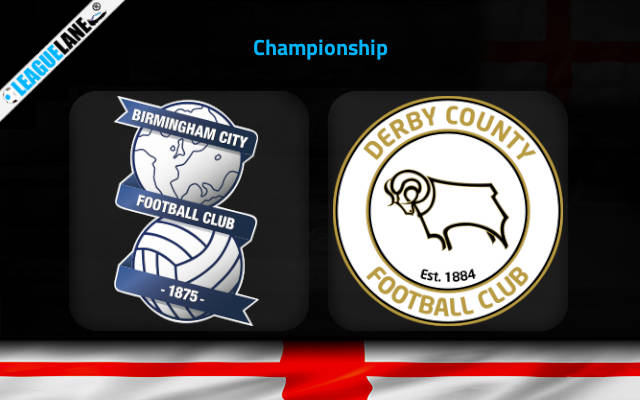 Birmingham City welcome Derby County for the Championship fixture on Friday, the hosts projected as firm favourites by bookies.

The Blues went into the international break with a 1-1 away draw at Barnsley and the result kept them at 8th in the table.

Coming back to home turf this weekend, Birmingham City are looking for their first win of the season after the 0-2 loss to Bournemouth and goal-less draw with Stoke City.

However, their defense played a major role in positive results so far, conceding 3 from 5 so far.

Derby County are on a similar mould, lost just 1 but also found it difficult to finish off games on a high. They won only 1 game so far with the remaining 3 being draws.

Defense is again the chief contributor for Wayne Rooney’s men after conceding 4 goals.

Improvements must be made in the attacking third as they average under 1 goal per game. This has been the case last season as they ended up as the lowest scoring team in the division escaping relegation by 1 point. They were further helped by FA reducing 6 points from Sheffield Wednesday.

This game has the potential to go against the trend of previous head-to-heads with both teams showing stability in defense in the matches played so far.

Also, this is a battle neither manager wants to lose and thus we back the under 2.5 goals priced at 1.57.

Brave punters can take a shot at the full-time draw with 50% of the combined 10 games played by both teams ending in stalemates.