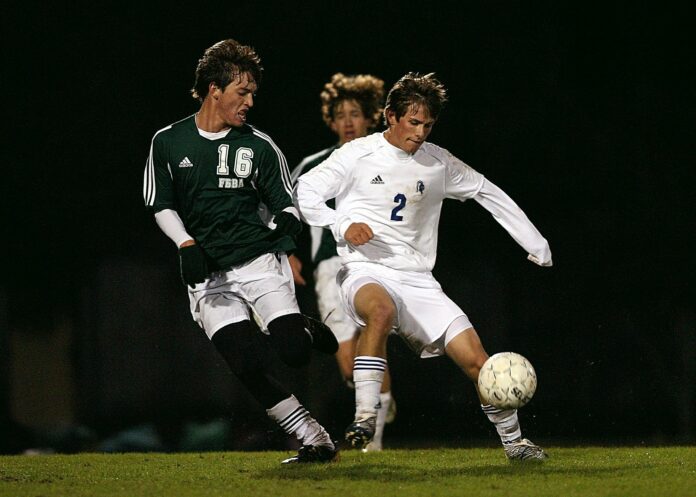 Although it might come as a surprise, determining which sports are the most popular around the globe is a daunting task. This is because there are numerous methods to categorize sports players, and the work is considerably more complex than it appears at first glance.

Do you consider soccer players to be individuals or members of teams? But what about the hundreds of millions worldwide who play games just for fun?

One couple, Johann and Sandra, tried to determine which sport is the most popular in the world by contacting the governing bodies of all the sports that claim to be among the most popular in the world and asking for rough population estimates of their respective fan bases. To save you time, we’ve highlighted the most important findings from their study, which you can view in full on their website.

It’s interesting to see these results. Most people, though, are not going to agree with them, and that’s something we expected. Asking international sports federations to speculate on the number of participants is a shaky foundation on which to build an accurate estimate of participation.

It is in the best interest of a governing body to overstate the extent to which its sport is followed rather than understate it. Compared to soccer, a truly worldwide sport, it’s hard to imagine volleyball ever being more popular.

Furthermore, there are several candidates for the highest-paid sport in the world, as well as several methods for determining who takes the crown. Some top-paid athletes compete in boxing, basketball, and soccer. To clarify, we’re not talking about individual salaries; instead, we’re looking at the highest-paying sports.

Below, we’ve taken some of their information and considered the availability of different sports to determine the most popular sports in the world and the average wages associated with them (including sponsorships).

Soccer is the most popular sport in 57 different countries. Germany, the United Kingdom, Brazil, Indonesia, Nigeria, and Bangladesh are among the countries included. Also, 19 countries, including the world’s most populous nation, China, India, and Turkey, rank it in their preferred sports. We can safely infer that football is the most played sport in the world due to the large populations of nations where football is widespread and the ease with which the game can be played (all you need is a ball).

We’ve selected the Premiership as an example because it’s the most well-known soccer league in the world, but the salary range is comparable across all of the world’s top divisions. While leagues like the Premiership offer huge salaries ($19 million annually for Wayne Rooney), there are also eleven players on each squad, making the Premiership more expensive to watch than other sports.

People often think of the United States when they think of basketball, even though the sport is played all over the globe. Because of this, they can conclude that it isn’t one of the most popular sports worldwide. This, however, ignores a crucial detail. Basketball is played at all levels of education in China, from elementary to university, and there are innumerable amateur and professional leagues.

The enormous number of Chinese basketball players, coupled with the game’s popularity in other regions (the United States, Russia, and Indonesia), leads us to believe that basketball is the world’s second most popular sport.

It’s not surprising that basketball is the best-paid sport in the world. Not only do the top NBA players earn millions annually in salaries, but they also make an outlandish amount of money from endorsements and partnerships.

NBA players are among the highest-paid athletes, with an annual salary of $4.9 million on average, as shown by a fast perusal of any issue of Forbes Magazine. Kobe Bryant of the Los Angeles Lakers made almost $30 million during the 2013–14 season, and he is just one example of a top player who can earn even more.

India, home to an estimated 1.1 billion people, ranks second in the global population and is where cricket was born. It is the most popular sport in Pakistan and Sri Lanka and is highly regarded in the United Kingdom and Malaysia.

Our confidence in cricket’s status as one of the world’s most played sports stems from its widespread appeal in these densely populated regions and its ease of implementation (it requires only essential gear to get started).

It may be a surprise that the NFL does not rank higher on our list, given that player pay has been rising recently. But unlike the NHL and MLB, NFL fans are kept from spreading across the country, which can lower the value of sponsorship deals.

The average pay in the NFL is higher than in other leagues since there are more teams and because each team has 11 players instead of 10. A few NFL players, including Green Bay Packers quarterback Aaron Rodgers ($22 million annually), are among the highest-paid athletes in the world.

There Are Other Extremely Lucrative Sports Not Listed Here

Some of the sports you may expect to see in our list of the best-paid in the world still need to be included. This may consist of sports like golf, tennis, polo, MMA, and boxing. Because we have researched typical wage levels, this is the case. Take boxing as an example: in 2014, Floyd Mayweather earned over $100 million, making him the best-paid athlete in the world.

There were probably a lot of other boxing world champions who made around the same amount of money every year. However, like many other fantastic sports that are also listed and placed by casino reviewers, the money in boxing is impressive only when you reach the top. It’s common for regular professionals to have extremely modest pay. Thus the average salary in the sport could be a lot higher.

The average wage is higher in the NBA and MLB since the player pool is smaller than in other sports, but all players earn large incomes.

How to Safely Bet on Football