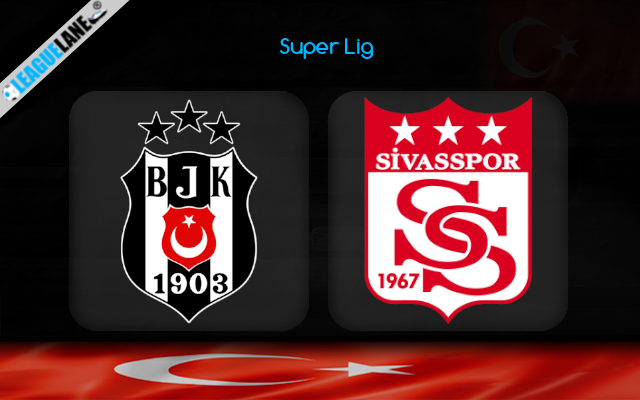 Besiktas have been one of the best teams in the Turkish top flight for the past several years. But the previous season was not that impressive for them as they had finished 6th in the league standings.

They failed to balance the expectations had on them that season and will try and forget the season as soon as possible as they did not even secure a place in the European competition this season. And that too first time in the past four years.

They are on an unbeaten run so far, and have a 100% winning record at home. Moreover, only Fenerbahce have scored more goals than them in the competition.

In the meantime, Sivasspor are on a long winless run, and they have been letting goals in numbers all along. In addition, they are on a losing streak away from home, and they have let in a total of 10 goals from their past three road trips as well.

By the looks of things, anticipate a win for hosts Besiktas this Monday when they play against Sivasspor in a Super Lig fixture at Vodafone Park.

The Black Eagles are on a seven-game unbeaten run at the moment excluding their friendly recordings in the past and in the process they had gone on a two-fixture winning streak at home.

On the other side, Sivasspor are on a six-game winless run, and worryingly four of these were losses. Going on, they are on a three-fixture losing streak on the road and had let in a total of 10 goals in the process.

Judging these observations, expect a pleasant day for the local supporters on Monday when Besiktas play host to Sivasspor.