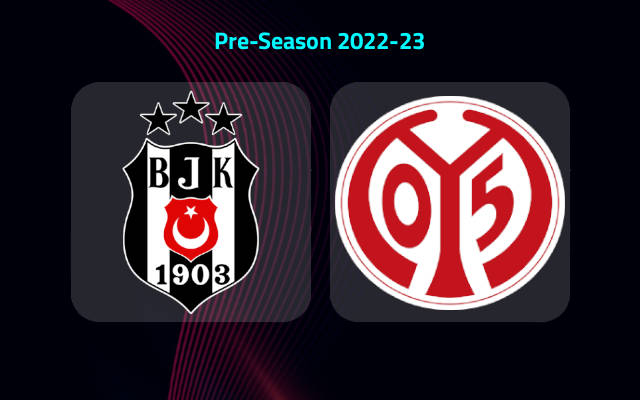 Both these teams had missed out on European competitions for the upcoming season, by virtue of their respective finishes in their domestic leagues.

As a result, it goes without saying that the two squads will be determined to have a better campaign this time around. And it is important for them to start on the right note.

So far both the squads have been trying too hard for wins and this has resulted in their defense being affected. They are letting in goals in huge numbers and this has also been the case towards the end of their respective domestic league campaigns.

As Besiktas and Mainz take on each other this Friday in hopes of a win, it is inferred that we are about to witness goals coming from either end of the pitch.

Besiktas were winless in 14 of their past 20 overall fixtures, and they had failed to keep clean sheets in 12 of their past 15 games. Do also note that it has been more than 5 months since they have managed to win 2 matches in a row.

Moreover, take notice that they had remained winless in 23 of their past 38 league fixtures the last season and all along they had been letting in goals in huge numbers.

Moreover, Mainz had won just 13 times all through their previous league season, which had a total of 34 fixtures. And in the process, they had let in a total of 45 goals as well.

Considering these observations as well as the performances of the defences of either team in the past weeks, it is expected that we are about to witness a goal-fest this weekend.

Tips for Besiktas vs Mainz