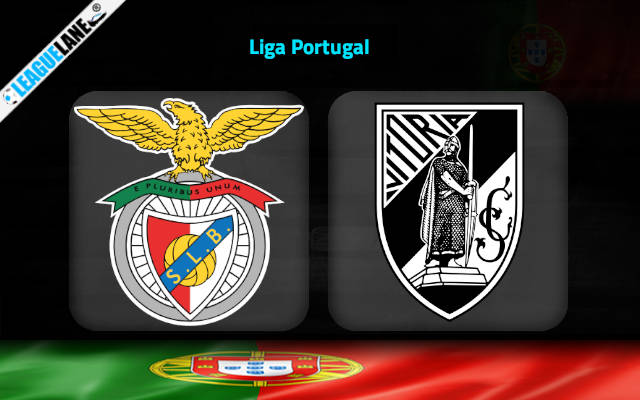 Benfica revealed their defensive vulnerability once again last Friday when they dropped a two-goal lead to take just one point from the away fixture against Boavista.

It was the team’s third slip-up in the previous six Primeira Liga rounds. The title battle is already lost with leaders Porto being as many as 12 points away at the moment.

However, the third-placed Benfica can still challenge for the second position and a place in the UEFA Champions League qualifications next season.

Ironically, Benfica offered a strong performance in the last 16 round of UEFA Champions League on Wednesday evening when they played a 2-2 draw in the first leg against Dutch giants Ajax at Estadio da Luz.

Benfica did not have any problems with the attacking creativity lately and we have reasons to expect them to keep producing up front on Sunday evening when they play host to out-of-form Vitoria Guimaraes in the 24th round of Primeira Liga.

Guimaraes lost three of the last four league outings, including a tough 1-3 defeat to the relegation-threatened Arouca last weekend on the home patch.

Tradition also says that Benfica should find joy in the final third here since they have bagged at least three goals in each of the last three clashes against Vitoria Guimaraes.

Benfica won the league tie 1-3 in the first half of the season, while the teams played a 3-3 draw in the Taca da Liga group phase in late-October.

Benfica won 23, drew 5, and lost 6 of the last 34 home matches against Vitoria Guimaraes.

Both tradition and the teams’ recent form point towards a high-scoring scenario on Sunday evening at Estadio da Luz. Benfica have scored at least two goals in four of the last five outings across competitions and they will have plenty of room to deliver here past the leaky defense of Guimaraes’.

The hosts need a confidence-boosting victory and we believe they should get one against the out-of-form Vitoria Guimaraes here. You can back them to win by two or more goals difference at the odds of 2.05.