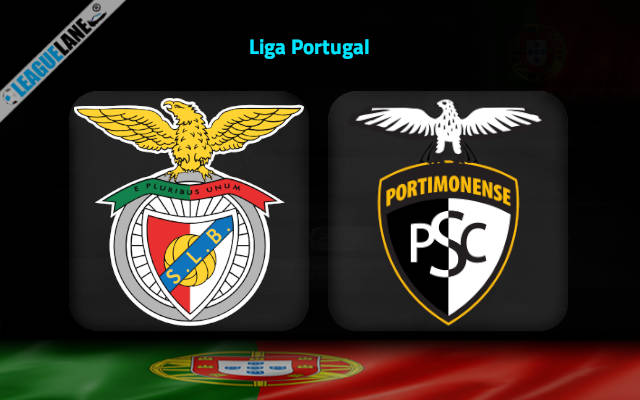 Benfica vs Portimonense Predictions and Free Tips from our expert tipsters when the teams go head-to-head in Liga Portugal on Friday, 6 January 2023.

Benfica are tearing apart the Portuguese top flight. They did lose one game recently, but that would only go on and make them even more dangerous.

Meanwhile, Portimonense are struggling to even break into the top-seven of the table. They have been really inconsistent lately, and are also letting in goals quite in plenty.

Benfica recorded a 1-2 win the last time these two locked horns, and they also won three of the past four clashes. Moreover, they recorded nine of the past eleven overall wins too.

It is also to be noted that the hosts scored two or more goals in five of the former six clashes at this ground.

Who will win the match between Benfica and Portimonense?

Benfica are firm favorites to secure the three points on offer this Friday. They have a 100% unbeaten record this season in the Liga Portugal, barring a single defeat. And importantly, barring another draw, they have a 100% winning record.

To make matters further easy for them, their counterparts Portimonense have a poor h2h record over the years, and also lost five of their last six road trips since September 2022.

Benfica have been the best offense in the whole of the league so far. They scored the most number of goals of all the teams in the competition. Not just that, they are one of the only three teams to have found the back of the net more than 30 times.

Chances are high that we are about to witness a high-scoring affair.

Sadly this is an unlikely prospect. Along with being the best offense, the toppers also employ the best defense in the league. They have conceded the least number of goals in the tournament.

Benfica have a lead of five points at the top of the table. But they did lose their latest fixture, and they will be eager to make amends. They will want to prove to the rest of the league that the loss was just a fluke.

Likely, the struggling Portimonense are possibly walking into a world of pain this Friday at the Estadio da Luz. Anticipate goals in huge numbers.