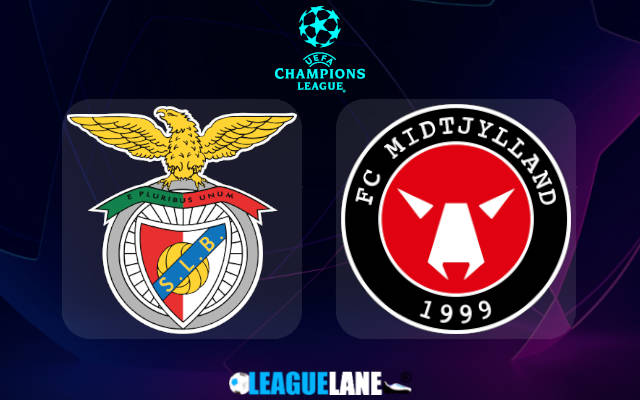 Benfica have been one of the best teams in the Portuguese top flight for the past several years and it seems that they have carried over this momentum into this new season. Meanwhile Midtjylland have been struggling to show consistency for some time now and are also letting in goals in huge numbers.

They had to settle for a second-place finish the last season in the Danish top flight and all through the campaign they were able to deliver just 13 wins.

Do also note that they have been struggling to find form in road games lately and are also letting in goals in huge numbers in such fixtures for the past several match-days.

On the other hand, Benfica simply have been on fire lately. They are on a long winning streak and also scoring goals at an absolutely impressive rate.

They are also at home and they have been a force to be reckoned with at this venue almost for the entirety of this year.

Only 2 teams in the Portuguese stop flight had let in fewer goals than them the last season and only the toppers had scored more goals than this team.

By the looks of things, it is expected that Benfica will deliver a convincing win this Tuesday in front of their home crowd.

Benfica are on a 6-game winning streak as of now and have scored a total of 19 goals in the process. They have also lost just once in the past 12 fixtures and this only defeat had come against Portuguese champions Porto.

Going on, they are also on a 4-fixture winning streak at this venue and they had scored 3 or more goals in all of these appearances.

On the other hand, Midtjylland were winless in 5 of their previous 6 overall games and they had remained so in 3 of their former 4 road trips as well.

Taking into account these observations, expect a victory for Benfica this Tuesday.

Tips for Benfica vs Midtjylland