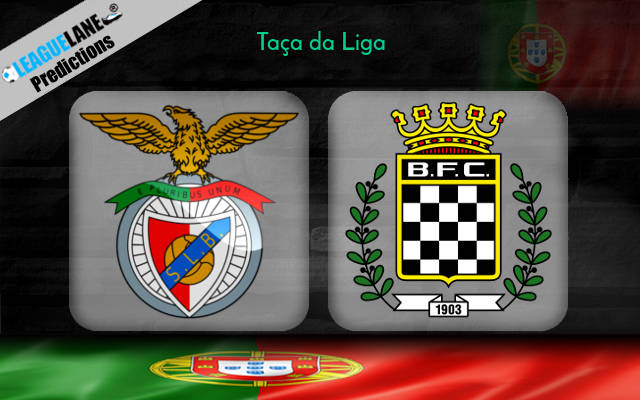 As always, Benfica have been one of the very best teams in Portugal this season, and they are on a course to secure a podium finish in the league.

They also have a shot at the League Cup, as they are in the semis this Tuesday against one of the weaker teams from the Primeira Liga.

Boavista are on a long winless run, and they are also stuck in the bottom half of the league table. Moreover, they have been struggling with their defense quite a bit, and most importantly, they have a poor h2h record against this foe over the years.

For the reasons, expect a win for Benfica this Tuesday at the Estádio Dr. Magalhães Pessoa.

They were also unbeaten in seven of their preceding eight appearances at home. The only loss during this stretch had come against Sporting, and six of these games had ended in wins as well.

On the other hand, Boavista are on a four-game winless run, and they had remained winless in 16 of their past 19 fixtures. They are also on a seven-match winless run on the road – which stretches back to September, and they have managed to record a total of just three league wins since December 2020.

Taking into account these observations, expect a win for Benfica this Tuesday.

Tips for Benfica vs Boavista