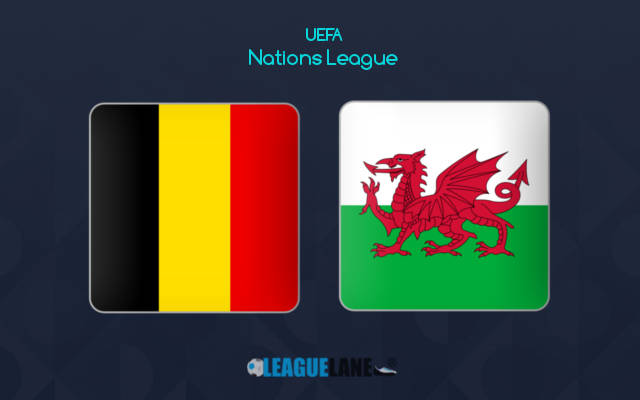 In possibly one of the toughest leagues in the Nations League, Belgium are placed second, trailing 3 points below the toppers. They absolutely need to go after a win this Thursday in front of their home crowd, against Wales who will be desperate to avoid relegation.

The Welsh are easily the worst in the group. They are placed bottom-most in the table and that too with a 100 percentage losing record, disregarding a single draw.

They scored the least number of goals of all the teams in the competition and they let in the second-most goals into their nets as well.

They are already mathematically out of contention for a spot in the semifinals but they still have something to worry about. If they are placed bottom-most in the table at the end of the group stage campaign, they will be relegated to the lower division.

This is something they will be desperately trying to avoid. As such we can expect them to deliver and great performance under pressure this Thursday.

But they are on the road, and they are pitted against possibly one of the best squads in the world.

The Belgians are absolutely determined to make something of their great crop of players they have. Many a times they fell inches away from glory, and this time around they believe that they are due a triumph.

Moreover, the Welsh also have a rather inferior h2h record against this rival over the years.

As things stand, expect a victory for Belgium this Thursday at the King Baudouin Stadium.

Belgium were unbeaten in seven of their past eight overall fixtures. In fact, their only defeat in the past eleven months came against the in-form Netherlands.

Moreover, they are in front of their home crowd, where they have been at their absolute best in recent years.

On the other hand, Wales are on a three-game winless run, and they were winless in six of their past eight overall fixtures. Not only are they completely winless in the Nations League, but they have a 100% losing record on the road as well.

Considering these observations, expect a win for the hosts Belgium this Thursday.

Tips for Belgium vs Wales