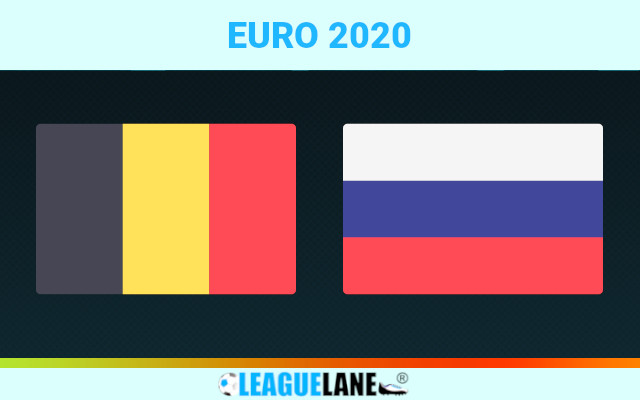 Anything short of the title will be considered an underachievement for the first-ranked team in the world – Belgium. They are going after the top-most spot in the group by all means, and will be determined to deliver a statement win against Russia in the opener.

There’s a reason that Roberto Martinez’s men have been ranked first in the world. They simply have been unplayable in the past few years, and have been scoring goals ruthlessly, no matter who they have been matched against.

The Russians are going through a dismal run at the moment. They have been desperately trying to recreate the form they had shown at the 2018 World Cup – but have been unsuccessful so far.

Eden Hazard will probably be entrusted with much of the play-making duties, as Kevin De Bruyne is rumored to be rested. The Manchester City midfielder has just recuperated from an injury, and Martinez will not risk him in the opening game itself.

The in-form Romelu Lukaku will be placed at the front along with the pacy Dries Mertens.

The Russians will greatly pin their hopes on the in-form Artem Dzyuba at the front. The prolific striker is fresh off a league title, and will be eager to lead his nation to glory at the Euros.

It waits to be seen when Denis Cheryshev, hero of the Russian team in the 2018 World Cup, will return to the playing eleven.

The Belgians were unbeaten in 47 of their last 50 overall games, which stretches back to 2017. Two of the three losses during this run had come against France, and England – two titans in the world of football.

Their 12-game winning run in the midst of this streak is still fresh in memory, and note that they had scored a total of 47 goals in the process.

On the other hand, their counterparts were winless in eight of their past eleven overall match-ups, and the three wins during this stretch had come against minnows.

Most importantly, Russia have a worrying h2h record against this rival, and have conceded in plenty in the process.

By the looks of things, expect a Belgian win – and owing to the determination of Martinez’s men, expect them to turn this into a goal-fest.