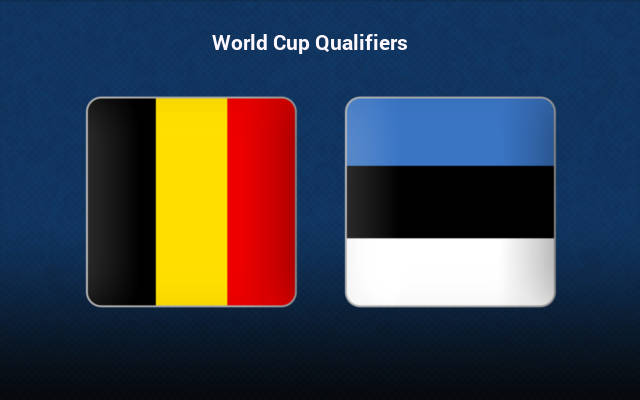 The Belgians need one more win to ensure their participation in the 2022 edition of the World Cup, and despite having two more games remaining in the Qualification Round, the first-ranked team in the world should go after the three points this weekend, and make it official.

And chances for their victory are very high, since they are at home, and are taking on one of the worst teams in the group. Not only are Estonia already eliminated, but they also have a poor h2h record against this foe.

As such, surely expect a huge win for Belgium at the King Baudouin Stadium.

Belgium recorded a 0-1 win on the road the last match-day in the competition, against Belarus. They are also at the top of the table with a 100% unbeaten record.

In fact, they have a 100% winning record, barring a single draw (which had come against Czech Republic), and they have scored the most number of goals, as well as have conceded the least.

In fact, they have a combined scorecard of 21-4 from their total six games in the competition so far, and they need just one more win to secure an official invitation to Qatar.

On the other hand, Estonia are placed second to last in the table, and with just four points from their six fixtures so far, they have already been eliminated from the Qualifiers.

In fact, they have a combined scorecard of 8-16 from their six match-ups, and their only win in the entire campaign had come against the dead-last placed Belarus.

Going on, the Estonians have nothing left to play for, and it goes without saying the 105th ranked team in the world are massive underdogs this weekend, as they take a trip to take on the first-ranked squad.

Moreover, the Belgians also have a great h2h record against this foe over the years, and most importantly, they are desperate to shake off their tag as perennial underachievers.

Likely, expect a huge win for them this Saturday.