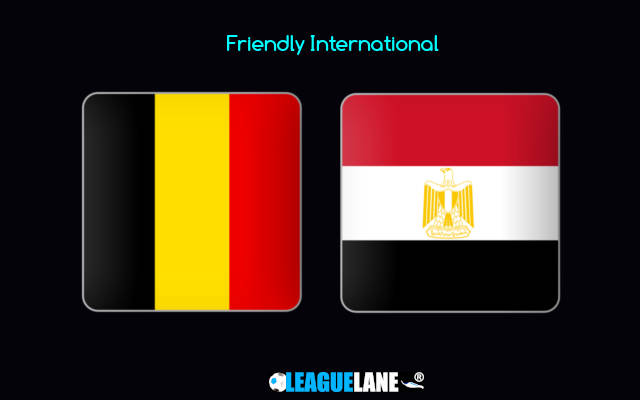 Belgians are possibly one of the top prospects in the upcoming World Cup. Note that they had made it till the semifinals of the previous edition, where they fell against eventual champions France. They are easily the favorites this Friday against the Egyptians, who failed to qualify for the competition.

Spear-headed by the indomitable Mohammed Salah, Egypt had great hopes for these years. But they were unlucky enough to not secure qualification from the African federation.

And it has been some time that the team has been dealing with unluck. They had made it till the Final of the latest edition of the Cup of Nations, but they lost in penalties against Senegal.

And once again the Senegalese played spoilsport for the Egyptians. Egypt received a bye to the Second Round, and they won their group in style with an unbeaten record. However in the Third Round (playoffs), they were pitted against Senegal – over two legs.

Once again the team had to bow out at the end of penalties, and now it goes without saying that they are low on confidence – and it can even be seen in their recent performances.

They are on a losing streak at the moment – to be honest.

Meanwhile, the Belgians secured qualification in great fashion. They became champions of Group E in the UEFA Qualifiers, and they scored the most number of goals as well as conceded the least.

They are also determined to go all the way in the World Cup at any cost, and as such it is important to them to arrive in Qatar with momentum.

Count on them to deliver a win this Friday against the struggling Egypt.

The Belgians have lost just against four teams in the past four years – Italy, England, France, and Netherlands – some of the absolute best teams in the world.

Meanwhile, the Egyptians are on a losing streak, and they are also on the road. They are letting in goals in huge numbers, and most importantly they have a poor h2h record against this foe in recent years.

For the reasons, expect a win for Belgium.

Tips for Belgium vs Egypt