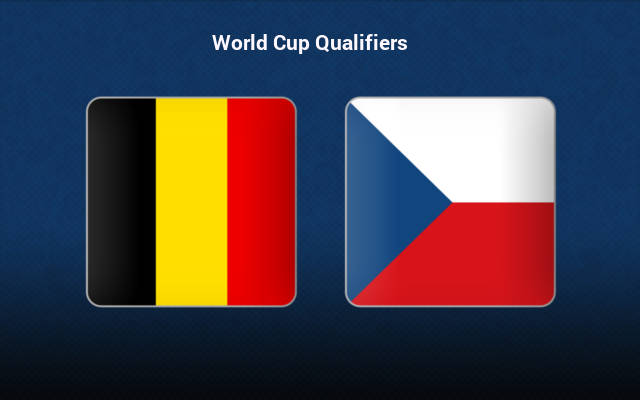 It is top of the table clash in Group E when Belgium locks horns with Czech Republic at the Stade Boudin on Sunday.

The teams returned to competition action on Thursday for the first time since Euro 2020 Quarter final exit. Belgium the happier side after the 5-2 crushing win away at Estonia, while Czech Republic looks for improvements after edging Belarus only by a solitary goal.

The Belgian win on the day was inspired by Romelu Lukaku, who scored twice to lift the team after conceding an early goal and never looked back since.

The Group E also involves Wales who played 2 games fewer. The Belgians are currently on top with 10 points while Czech sit just behind with a 3 point deficit.

By all means, the group is sizing up for a three-horse race. Wales on 4 points could potentially close the points-gap with a win against Belarus the same evening depending on what happens in this match.

But Roberto Martinez’s men remain hot favourites to win the group, unbeaten with 3 wins and 1 draw scoring 17 goals in the process.

Meanwhile, Czech Republic, who started the campaign with a stunning 6-2 win over Estonia faded since. They managed to score only 3 goals in the next 3 games, including a loss to Wales and draw with Belgium in the reverse of this fixture.

The teams met on 8 previous occasions with 5 being friendlies and they shared 3 wins and 2 draws.

The other two competitive meetings also happened in the World Cup qualifying group stage, back in 2001. Belgium won both games with the same 1-0 scoreline and thus remained unbeaten in competitive games against the Czechs.

Six of their overall 8 head-to-head meetings saw under 2.5 goals. The most recent three saw both teams scoring.

Belgium hosted Czech Republic at this stadium in 2017 and 2001 and were victorious on both occasions.

This is not a tough one to predict on paper with Belgium a stronger outfit across all areas of pitch. Czechs are a team that rely on teamwork and strategy and this may not work against teams with quality players.

The Lukaku-factor highly influences my analysis and I do not see him stopping any sooner. The Chelsea forward scored three in three games for club and country this season. And he is my pick for any time goalscorer in this match, expected to win by Belgium by a comfortable margin.