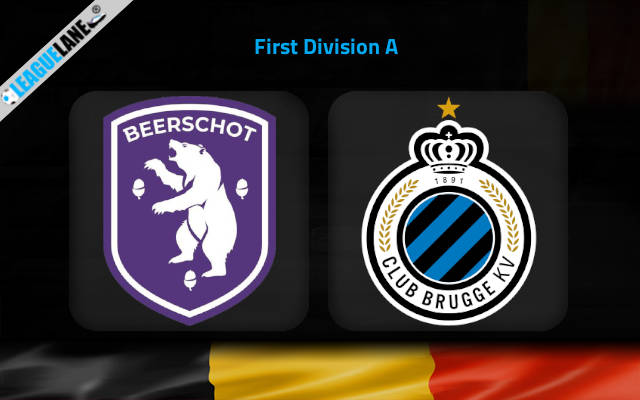 Round 33 of Jupiter Pro League brings us to the game between the already relegated to 1B Pro League, Beerschot and the current champions of Belgium, Club Brugge on Friday at Olympisch Stadion.

Club Brugge has shown remarkable form throughout the season that has helped to defend their title at First Division A. They are already qualified for the Championship Group and has 66 points from 32 games played so far. They lost only 4 times this season while securing 19 wins. The side has the second highest scoring figures in the league with 67 in total.

The defending champions won the last 6 league fixtures in a row, with their latest victory coming over Genk by 3-1. However, Club Brugge have been scored against on 5 of their last 6 games, letting opponents get 7 goals in all. At the back, they can certainly do much better.

On the contrary, Beerschot resides at the rock bottom closing the 18th position on the table with a mere 16 points. Of the 32 matches played, they won and drew 4 matches each while losing on 24 other occasions. This side has the dreadful goal ratio in the entire league with 32:68.

The Purple White Army recorded their 6th straight league loss in a row against St. Truiden by 2-3. They won only once from their last 10 games, while losing 8 of those. They have seen conceding 13 goals from their last 6 league schedules.

Meanwhile, the current champions are on a 5-game winning streak on road with 8 away games not getting beaten.

We anticipate an easy win for Club Brugge this weekend with over 2.5 goals as the hosts have already shattered in the relegation zone at the bottom.