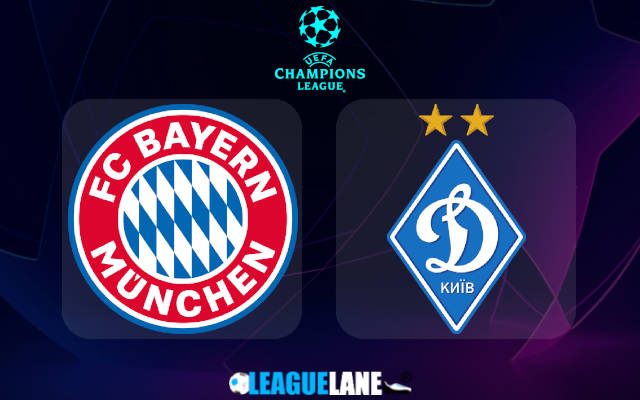 Bayern Munich take on Dynamo Kiev at the Allianz Arena as the hosts are set to cruise to victory in this fixture.

Bayern Munich currently sit on top of group E with 3 points on board after they hammered FC Barcelona 3-0 away from home in their opening game of the Champions League group stage games.

In that game, Bayern Munich had 52% of ball possession as they attempted 17 shots on goal with 7 of them on target. A goal from Thomas Müller and a brace from striker, Robert Lewandowski sealed a 3-0 win.

The Bavarians come into this Champions League fixture on the back of a 3-1 win away from home against Furth in the Bundesliga. Goals from Thomas Müller, Joshua Kimmich and an own goal from Furth’s Sebastian Griesbeck gave Bayern the victory. Benjamin Pavard got a straight red in the 48th minute of the game.

The visitors, Dynamo Kiev currently sit in 3rd place in group E after they drew 0-0 at home to Benfica in their opening game of the group stages. In that game, Kiev had only 31% of ball possession with 8 shots on goal with 4 of them on target.

Dynamo Kiev come into this Champions League fixture on the back of a 2-0 win away from home over Rukh Vynnyky which saw goals from Viktor Tsyhankov and Denys Harmash in the first half of the game which sealed all 3 points for them in the Ukrainian Premier League.

Consequently, we back the odds at 2.20 for Thomas Muller to get on the score sheet anytime during the game in this fixture. He will be keen to get in amongst the goals.