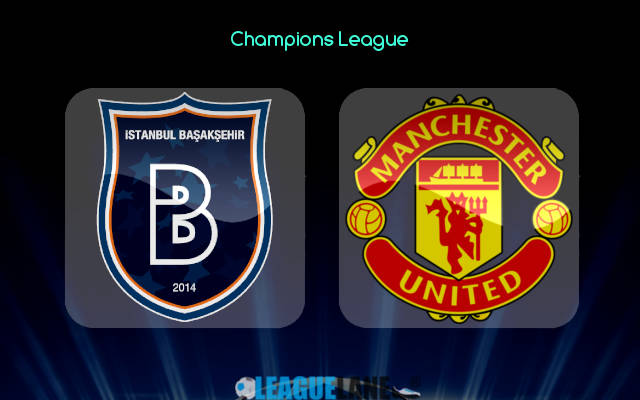 Manchester United are not looking good on Premier League standings, disappointing their huge fan base multiple times this season already. Situation is completely different when it comes to UEFA Champions League appearances.

The Red Devils have defeated PSG and RB Leipzig in the opening two duels, having the opportunity to maybe even secure playoffs this Wednesday in Turkey.

Their opposition Istanbul Basaksehir are hammered to the bottom of the table with zero points, and no other option but to attack United and seek much-needed victory.

All in all, we should see an interesting and open contest. Manchester United are big favorites at 1.36 odds.

There were no previous head to head matches between Istanbul Basaksehir and Manchester United.

Champions of Turkey have faced one English team so far on their European journeys. It was a clash against Burnley FC in 2018 in Europa League qualifying round and they were defeated on aggregate 0-1 FT.

Interestingly, The Red Devils have lost their last duel on Turkish soil to Fenerbahce in 2016 in UEFA Champions League 2-1. They had total of 16 matches against Turkish teams so far, won eight and lost five.

After a very slow start in the domestic Super Lig, champions from Istanbul have recovered a bit in the last couple of weeks. They are currently on an excellent run of three victories in a row against Trabzon, Antalya and Konya with a total goal difference of 9-2. The biggest danger for Manchester’s back line is coming from veteran Demba Ba and Bosnian winger Edin Visca. Truth be told, Basaksehir deserved at least one goal in last week’s clash against PSG.

Manchester United got shocked on Sunday afternoon at Old Trafford after losing to Arsenal FC. Ole Gunnar Solskjaer is surely not happy with 15th place on the table with only seven collected points from six games. We wouldn’t be surprised to see a lot of changes in the roster, as he might rest some of best players for EPL clash against Everton. We are expecting to see Edinson Cavani in the starting XI. Both teams to score is the stand out bet here in our opinion, while away win at such low rate is not worth the risk.