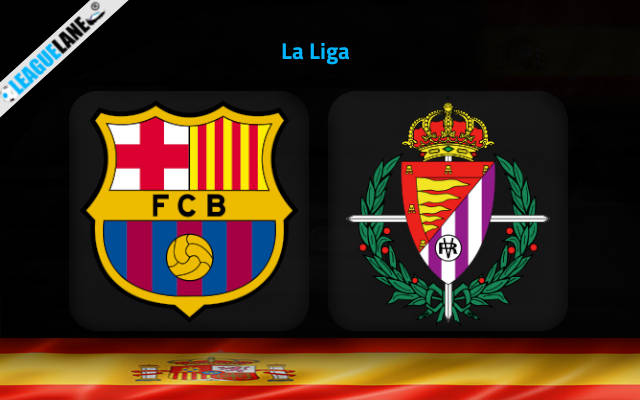 Barcelona are desperate to return to their old glory and by luck or as fate would have it they have assembled a great team. This Sunday they will target nothing but a victory in front of their home crowd against the newly-promoted Valladolid.

They were a part of the Segunda Division the last season and had finished second in the table there. As a result they were awarded a ticket to the Spanish top division.

However they are finding it hard to cope with the level of the teams in the top flight and as expected they have remained winless so for this new season.

They have scored just one goal so far in the campaign, and they are also on a long winless run as of now.

On the other hand, the Catalans are on a series of good performances and are finding the back of the net consistently. Moreover, they are at the Nou Camp, where they have delivered some truly great performances over the past seasons.

They have a chip on their shoulder this time around and they have a lot of mouths to shut as well. Moreover they also have a superb head-to-head record against this rival over the years and considering all these observations we can infer that Barcelona will register a huge victory this Sunday.

The Catalans are on a 9-game unbeaten run and they had also remained so in 13 of their past 14 fixtures. In the process they had gone on 2 separate 2-match winning streaks and another 3-fixture winning stretch.

They are also high on confidence after registering a 1-4 win away from home, in a tough encounter against Real Sociedad.

Considering these observations as well as the head-to-head domination of Barcelona, expect a victory for them this weekend.

Tips for Barcelona vs Real Valladolid