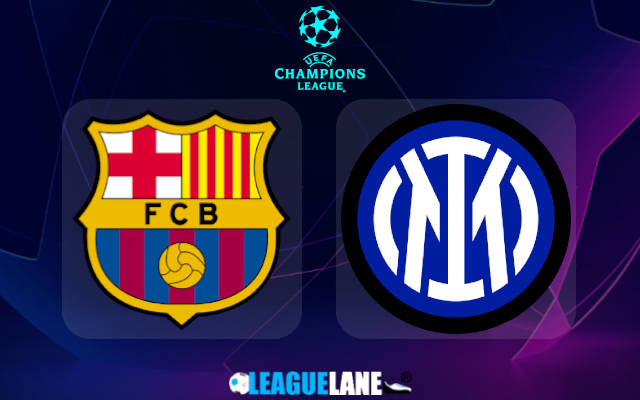 Barcelona complicated their situation in Group C with a 1-0 defeat to Inter Milan eight days ago at Stadio Giuseppe Meazza.

Hakan Calhaloglu’s strike made the difference in what was an evenly-matched contest on Italian soil.

Blaugrana now have an imperative to claim the spoils in the rematch on Wednesday evening as anything but a three-pointer would leave them with a mountain to climb in the remaining two outings (one of which would be against Bayern Munich).

Barcelona were pretty quiet for their standards in the weekend’s domestic league clash but they still managed to secure a win.

Xavi’s men saw off Celta Vigo 1-0 on Sunday night at Spotify Camp Nou as Pedri made the difference with his early goal.

Inter Milan were also victorious in their domestic league, beating Sassuolo 1-2 on the road on Saturday with a brace from Edin Dzeko.

I Nerazzurri thus rebounded from two consecutive Serie A defeats. They now have five wins and four losses after nine rounds in the elite class of Italian football.

There are no doubts Simone Inzaghi will try and park the bus here against Barcelona, but will the strategy work and can Inter Milan keep their net untouched in the second 90 minutes of the double-header against the Catalan giants?

Barcelona are not quite enjoying their best attacking form these days. Since we expect Inter Milan to park the bus on Wednesday, the value is with the Under 2.5 goals FT pick at the 2.37 odds.

The hosts still have quality on their side and we expect them to come on top in what is a super-important affair for them. You can thus take Barcelona to win & Under 2.5 goals FT bet at the 4.33 odds.