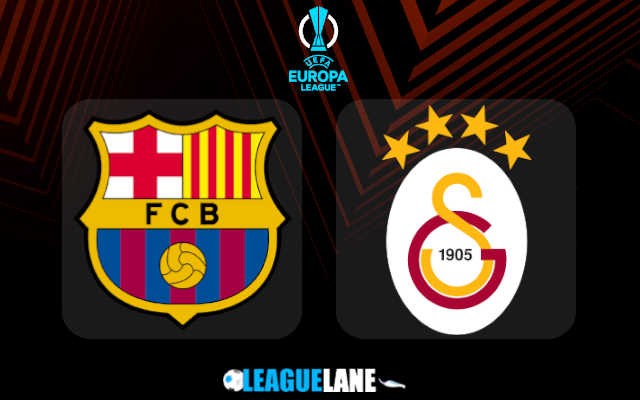 Barcelona will be hoping to extend their amazing attacking form on Thursday evening when they host Galatasaray in the first game of the last 16 round of UEFA Europa League at Camp Nou.

Blaugrana returned to Europa League for the first time since 2004 and they have done it in some fashion.

Xavi’s men demolished Napoli 2-4 on the road in the reverse fixture of their last 32 round tie two weeks ago at Stadio Diego Armando Maradona.

They have generally been scoring goals for fun, namely Pierre-Emerick Aubameyang who bagged five goals in the last three outings for the Catalans.

The Gabonese forward completed a hat-trick in the 1-4 thumping of Valencia away at Estadio de Mestalla.

Having eliminated Serie A leaders Napoli, Barcelona will now be heavy favorites to dispatch Galatasaray who are having one of the worst Super Lig campaigns in decades this season.

Galatasaray have had a turbulent season in general. They have recently parted ways with club’s legend Fatih Terim as Spanish manager Domenec Torrent took charge.

Galatasaray did manage to improve their displays under the new manager and they will travel to Camp Nou on the back of straight wins.

They have bagged seven goals in the victories over Goztepe (2-3) and Rizespor (4-2). However, Torrent certainly has a lot to worry about when it comes to his team’s back line ahead of the clashes with free-scoring Barcelona.

Galatasaray have won only one of the last nine away matches in all competitions. They conceded at least two goals in three of the last four outings on the road along the way.

This will be the music to the ears of Pierre-Emerick Aubameyang and company. We will back red-hot Barcelona to claim a comprehensive home victory in a high-scoring contest at Camp Nou.