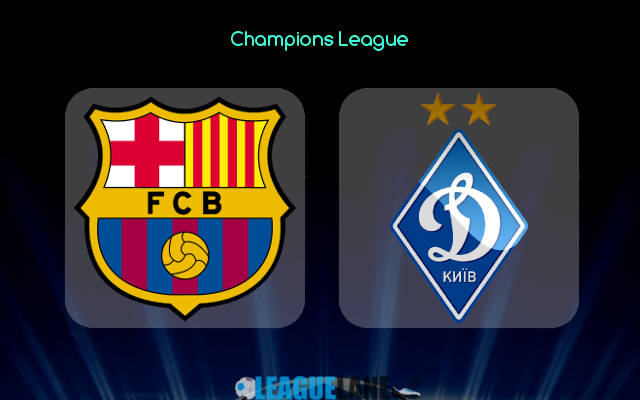 Alarms are activated at Camp Nou last weekend when Barcelona once again failed to secure victory in La Liga. Deportivo Alaves were the ones to stop them this time. Ronald Koeman’s squad pretty much dominated the whole match, created opportunities and were better opponent, but still couldn’t find a way to score the winning goal.

Recent departure of former club president Bartomeu has raised many questions, but the results are just not there yet.

Catalan giants could use upcoming UCL clash at home against Dynamo Kiev to increase team spirits and confidence ahead of domestic match against Betis on Saturday. They are massive favorites for the win at 1.12 rate.

These two teams have met five times in the past. The last two duels happened in season 2009-2010 in UEFA Champions League group stages. Spanish side was victorious in both meetings with a total goal difference of 4-1.

Dynamo Kiev secured three victories against Barca in ten head to head matches, but just one at Camp Nou.

It looked like Barcelona responded really well to painful loss in El Classico to Real Madrid at home turf. They visited North Italy and defeated Juventus in Torino 2-0 FT.

It is worth adding that VAR technology disallowed three goals to Alvaro Morata and that Barca was not that dominant. Goals were scored by Ousmane Dembele and Leo Messi.

In terms of La Liga standings, Barcelona are currently 12th with only eight points from six games. That is nine points behind the leaders Sociedad already, so Koeman is surely under a lot of pressure to make vital changes.

Dynamo Kiev are table leaders in Ukrainian Premier League with 20 points from eight games, but the UCL campaign hasn’t been looking so well. They lost the initial match to Juve, followed with a 2-2 draw against Ferencvaros in Hungary. We expect them to go down easily at Camp Nou.