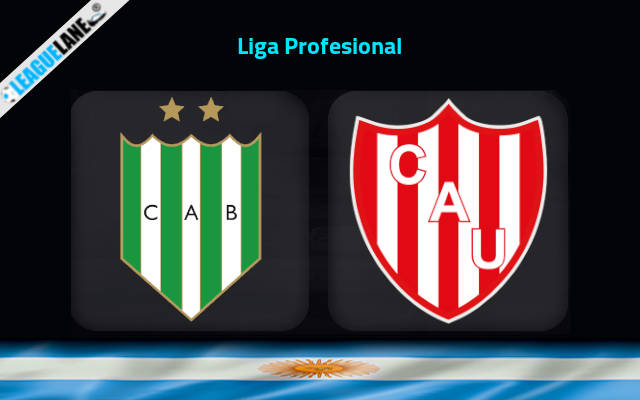 Round 7 of Liga Profesional is set for this weekend as Banfield play host to Union Santa Fe where both these sides are separated by just a point but 5 places. These two teams will be seen clashing at Estadio Florencio Sola this Saturday.

Banfield is at the 4th spot on the table with 11 points. Of the 6 matches played, they won 3 times in the league while drawn twice and lost on one other occasion. They have kept 3 clean sheets in the last 5 games, conceding 2 goals during this period.

The hosts are hoping to win again following a 3-0 Superliga victory over Boca Juniors. Their more recent scorelines show that quality has been evident in the Banfield rearguard. The total number of goals that have flown into the back of their net during their past 6 outings stands just four.

On the other side, Union Santa Fe resides at the 10th position on the table with 10 points. Of the 6 matches played, they won 3 times in the league while drawn once and lost on 2 other occasions.

Since suffering a 1-2 loss in their previous game against Nacional in Copa Sudamericana competition, Union Santa Fe will hope to get a better result this time. In a total of 5 of the previous 6 clashes involving them a minimum of three goals have been struck. The average number of goals for the visitors is 1.5.

Banfield remain undefeated in 9 of their last 10 Primera Division games. They are also currently on a 5-game unbeaten run in Superliga. Moreover, the side haven’t been beaten by Union de Santa Fe in their previous 3 h2h matches in this platform.

Meanwhile, Union Santa Fe have defeated this opposition in just one of their last 11 league games. But they have not lost to Banfield when having played them away from home in the previous 2 matches.

It’s likely that Banfield will win here, and moreover they have netted in the last 4 games coming into this one and have scored 7 goals in the last 5 fixtures.