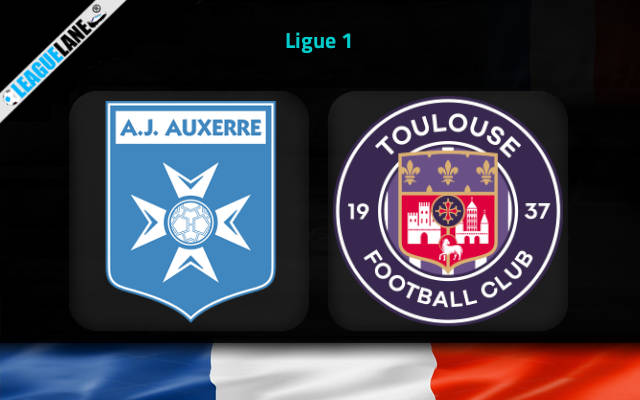 Auxerre vs Toulouse Predictions and Free Tips from our expert tipsters when the teams go head-to-head in Ligue 1 on Wednesday, 11 January 2023.

Toulouse began this year on a good note as they defeated Ajaccio by 2-0. In the French Cup, they demolished Lannion by 7-1 just recently. This is their first away win since late August. Now they will expect a similar result as they will play against Auxerre.

On the other hand, Auxerre lost their tenth game of the season against Nantes last time. They are on a three-game losing streak and are finding it difficult to leave the relegation zone.

Toulouse have won four of the last five head-to-head matches. Both teams last met in March and the visitors won that game by 2-1.

The last time the host won this fixture in front of their home crowd was back in 2021.

Who will win the match between Auxerre and Toulouse?

We are backing Toulouse to take all three points from this game. They are the favourites to win as they are yet to lose a single game this month, against Ajaccio they performed well.

At the same time, the host are in the relegation zone. Even in the Coupe de France, they struggled against third-tier club and had to win on penalties.

In the last two years, this fixture has been a high-scoring one. In three of the last four games more than three goals have been scored combined.

The first tip is that Toulouse will win this game by 2-1 – at 10.00 odd. The visitors have won the last three meetings by scoring two goals. Also, they will head into this game after scoring seven goals in the Coupe de France. On this ground as well they won by 2-1 back in March 2022.

Our second tip is that Both teams to score – the odd for this tip will be at 1.66. The last two matches at Stade de l’Abbé-Deschamps ended with both teams scoring a combined total of seven goals.