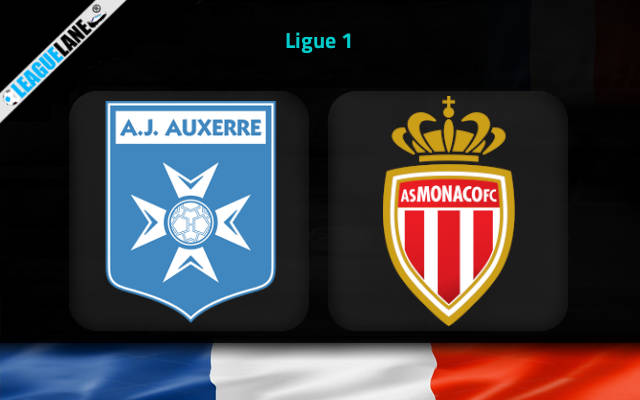 Monaco will continue their battle for the top-three finish on Wednesday afternoon when they travel to Stade de l’Abbe Deschamps to take on newly-promoted Auxerre in Matchday No 16.

Les Monegasques head into the match as big favorites, especially after a strong attacking performance in the 2-4 victory over Leeds seven days ago in a friendly at Elland Road.

Breel Embolo starred with two goals on the occasion. He is Monaco’s top scorer with seven goals in this term of Ligue 1 and the Swiss forward will no doubts be the biggest threat to Auxerre’s goal on Wednesday.

The visitors should generally find it easy to create clear-cut openings here against Auxerre who own the joint-second-worst defensive record this season.

Only the rock-bottomed Angers have conceded more than Auxerre’s 31 goals so far in the season. The team led by Cristophe Pelissier allowed two goals in the recent mid-season friendly just against Angers (a 2-2 stalemate).

Monaco are sixth in the league table at the moment. They are as many as nine points behind the second-placed Lens and four points shy of Rennes in third place.

If Monaco want to stay in contention for the UEFA Champions League positions next season, they just can’t afford slip-ups against the teams of Auxerre’s quality.

The hosts are down in the relegation scrap with 13 points from 15 games and a dismal goal difference of 14-31 in the process.

Monaco can ill afford a failure at Stade de l’Abbe Deschamps. The quality is on their side and striker Breen Embolo has shown impressive form with a brace against the Premier League side Leeds last Wednesday.