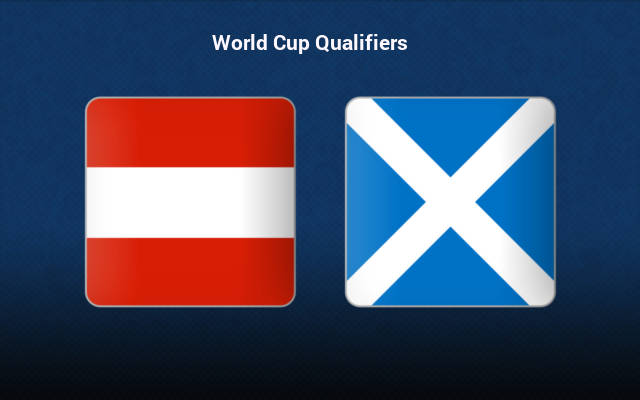 Both Austria and Scotland are locked in a race for the second spot at the moment, and this surely is going to be a fierce encounter. Just one point separates these two squads, and the winner of this match-up will gain an upper hand. Likely, expect a goal-fest this Tuesday.

The Austrians are placed fourth in the table, and have posted a total of seven points so far. Defense has been an issue for the team, as they have conceded 12 goals from their five games till now.

However, they are ranked 23rd in the world, as opposed to their counterparts being placed 49th in the same list.

In the meantime though, the Scots are placed third in Group F, and have been on a rather good run lately. Still, their form on the road is a cause for concern.

On top of that, majority of h2h clashes over the years also had goals in huge numbers.

By the looks of things, expect a high-scoring affair this Tuesday.

Austria had lost 5-2 on the road the last match-day, against Israel. In the meantime, the Scots won 1-0 at home against Moldova.

Going on, the Austrians had conceded two or more goals in three of their past five fixtures, and they had a single clean sheet at home in their last ten appearances.

On the other hand, their counterparts had let in two or more goals in three of their former five matches, and they have won just once on the road in the past 12-month period.

Taking into account these stats, and previous h2h results, expect a flurry of goals this Tuesday.