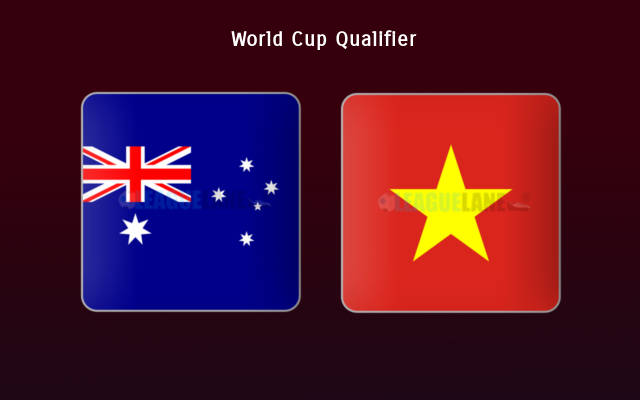 The Australians have been nowhere as good as they are supposed to be lately, and now their trip to Qatar at the end of the year is under serious question.

They need a top-two finish in Group B for direct qualification, while they are sitting right now in the third position. A third-place finish will compel them to go through an additional two rounds of qualification, and one of these will be an inter-confederation playoff.

Suffice it to say, the team is not at all interested in the third spot, and they will be going after one of the top two places. As things stand, they need a surplus of one point to climb level with the second-placed team.

This Thursday, they are pitted against the worst team in the group. Vietnam have a 100% losing record so far in this Third Round, and they have scored the least number of goals, as well as have conceded the most.

By the looks of things, expect the Australians to make the most of this fixture, and deliver a much-needed victory.

The Aussies recorded a 1-1 draw in their previous WC Qualifier, against China. They were also unbeaten in 13 of their past 14 overall fixtures, and impressively 10 of these were wins.

They have also been on a great run at home for quite some time. In fact, their latest such loss had come back in June of 2018.

On the other hand, Vietnam had lost 0-1 at home in their latest qualifier, against Saudi Arabia. They are also on a seven-game losing streak in this World Cup prelims, and importantly, they had lost their reverse fixture against this opponent as well.

By the looks of things, expect the determined and desperate Australia to secure a win this Thursday.

Tips for Australia vs Vietnam