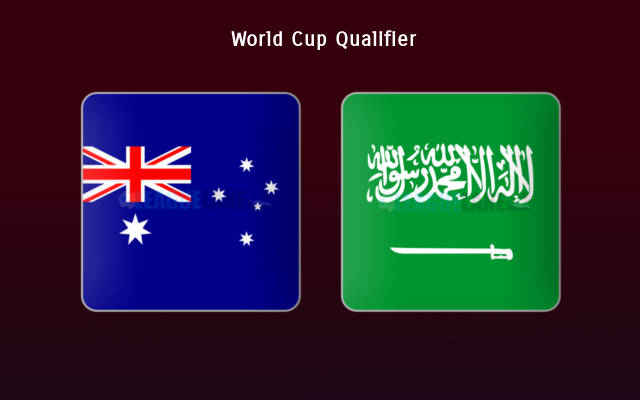 A potential high scoring thriller is on the cards when Australia host Saudi Arabia for the World Cup qualifier on Thursday.

Australia suffered their first defeat of this qualification campaign in Japan on a 2-1 margin in the previous round and slipped to second in the Group B standings. It was an unbeaten run of 14 matches with 12 wins that came to end on 12th October 2021.

Saudi Arabia lead the group with 12 points after winning the four games so far and bagging a big 1-0 win over Japan on matchday 3. They did struggle at the start of qualifying campaign having held to draws by Palestine and Yemen back in 2019. The team hit top gear since then winning 9 games on the trot scoring 3 or more in 7.

The Socceroos are unbeaten in World Cup qualifying fixtures against Saudi Arabia with 3 wins and 1 draw.

Their last 5 h2h meetings across all competitions saw over 3.5 goals with both teams scoring.

Their two meetings at Australian soil saw 3-2 and 4-2 scoreline respectively.

Despite losing at Japan, Australia will be confident of bagging a win here since they haven’t lost a World Cup qualifying match at home turf since 2008. In Group B of the corresponding competition, they defeated Oman and China by solid 3-0 and 3-1 margins respectively.

Meantime, Saudi Arabia have a poor record in this country and their home win against Japan counts for nothing on Thursday. Besides they rarely bagged away wins against top teams and it is worth to note that they lost to the likes of Japan, UAE and Australia in previous edition of the qualifiers.

However, the most attractive bet for this match is without a doubt the over 2.5 goals at full-time. We have seen the same happening with both teams getting on scoring sheet in all previous 5 duels between these two sides.