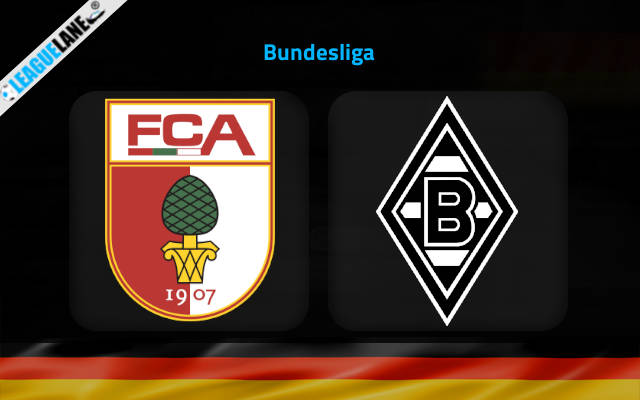 Both Augsburg and Monchengladbach will be looking to rebound from their defeats at the weekend as they come across each other on Wednesday evening t WWK Arena.

Augsburg produced a great performance in a narrow 4-3 defeat at the hands of Borussia Dortmund away from home.

Head coach Enrico Maasen has a lot of positives to take from that game, namely his regarding his outfit’s attacking display against such a strong opposition.

Bosnian forward Ermedin Demirovic took his league tally to six goals by finding the back of the net on Sunday.

He should have plenty of space to deliver past Monchengladbach’s leaky defense on Wednesday and backing him as the anytime goalscorer pick has its merits.

Monchengladbach run into an inspired Bayer Leverkusen side on Sunday, conceding three goals by the 67th minute.

Substitute Lars Stindl pulled two back for Die Fohlen but it was not enough for anything better than the narrow loss in front of their fans.

Monchengladbach are eighth in the league ladder and they need to shift their fortunes around as soon as possible before losing ground on the teams in contention for the European positions next season.

It is also worth noting that the team led by Daniel Farke are yet to celebrate their first win on the road in the league.

Monchengladbach have allowed 14 goals in 7 Bundesliga fixtures away from home, another fact going into Demirovic’s favor as the anytime goalscorer pick here.

Borussia Monchengladbach have been struggling badly on travels since the beginning of the season. Augsburg currently hold the relegation playoffs position and they desperately need a result here.

Knowing that both outfits are easy to break down, we will back Augsburg to win & Both Teams To Score pick at the odds of 5.00. We will also back Ermedin Demirovic (who was on target against Dortmund on Sunday) to score anytime for the hosts at the 3.00 odds.