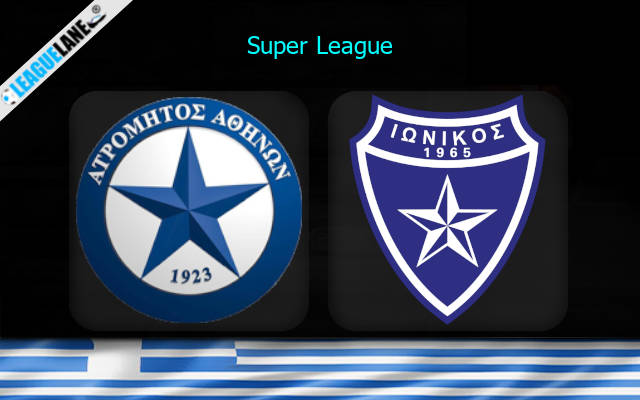 Atromitos vs Ionikos Predictions and Free Tips from our expert tipsters when the teams go head-to-head in the Greece Super League on Sunday, 08 January 2023.

Atromitos have had a decent campaign so far. However, an inconsistent form is always troubling them in sealing wins. They are currently at 8th position in the league standings.

Going on, they will have a great chance to seal a win on Sunday as they faces Ionikos who sit at the foot of the table. With just a win to their name, Ionikos are in a shape which any team in Greek Super League could beat.

Ionikos have a slight edge over Atromitos in the very recent history of this h2h clash. They have won three of the last four clashes.

However, the reverse fixture saw Ionikos conceding a 1-4 defeat at home. At this venue, the total four overall wins were evenly split, with two apiece for both.

Who will win the match between Atromitos vs Ionikos?

The h2h edge over Atromitos doesn’t make any difference for Ionikos here. It’s already proved by Atromitos by sealing a 1-4 win in the reverse fixture.

On the basis of Ionikos’ current form, we can’t expect a win for them. Therefore, expecting Atromitos to decrease their gap between the safe zone by sealing a three pointer on Sunday.

The weak defense of Ionikos alone is capable of leaking over 2.5 goals ft. We have seen that earlier and expecting the same here doesn’t seem wrong considering the current form of Ionikos.

Ionikos have scored a total of 11 goals so far in the season. Their goal per game rate has not even crossed 1.

Moreover, they have not scored a goal in four of the last five league outings. Since Atromitos defense have managed to bag a clean sheet in two of the last three home outings, we don’t expect a both teams scoring scenario here.

Atromitos to win at 1.73 odds will be our main betting option here. They can easily pull-off a winner here and we expect them to make it a one-sided affair. Thus, both teams to score:no at 1.75 odds will be our second betting pick.