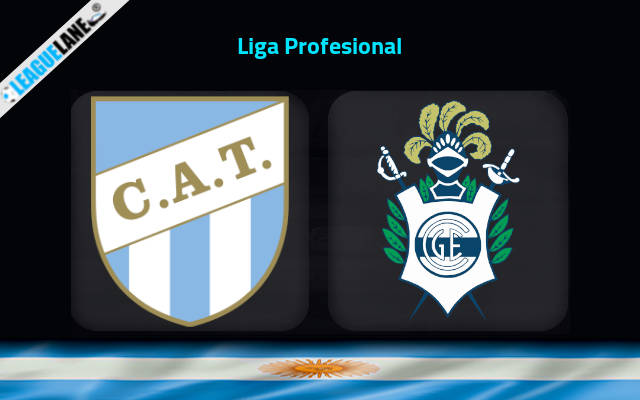 Matchday 7 of Liga Profesional is set for this weekend as Atletico Tucuman play host to the table topper Gimnasia where both these sides differ by 4 points but they are separated by 7 places. These two teams will be seen clashing at Estadio Monumental Jose Fierro, this Sunday.

Gimnasia is at top flight in Liga Profesional with 14 points from 6 games. They won 4 times in the league while drawing twice and have not yet lost a game. They have an impressive defensive side and they have conceded only 3 goals so far while their offensive side need to improve up a bit.

The visitors come into this game following a 1-0 Superliga win over Defensa y Justicia in their last game. In their previous 6 outings, Gimnasia have bagged the sum of 9 goals while they have additionally got on the scoreboard on each one of those occasions.

On the other side, Atletico Tucuman resides at the 8th position on the table with 10 points. Of the 6 matches played, they won twice while drew 4 times and have not yet lost a game. They have been impressive up lately, with the side currently losing once from the last 11 games played across various competitions.

The home side are hoping to win again following a 0-1 win against Velez Sarsfield. Atletico Tucuman have given the opposition little, seeing the total number of goals that have flown into the back of their net during their previous 6 matches standing just three.

Incredible stuff from Gimnasia is seen away from home, where they are currently unbeaten in 6 games. It’s likely that they will score here, as they have bagged 14 goals in their last 6 on-road fixtures.

Meanwhile, Atletico Tucuman have not registered a win against this rival in their last 2 league matches. They are also on a 2-game winless run at home. The hosts even lost thrice of their last 5 h2h home games.

Knowing that, we expect Gimnasia to seal a win this Sunday.