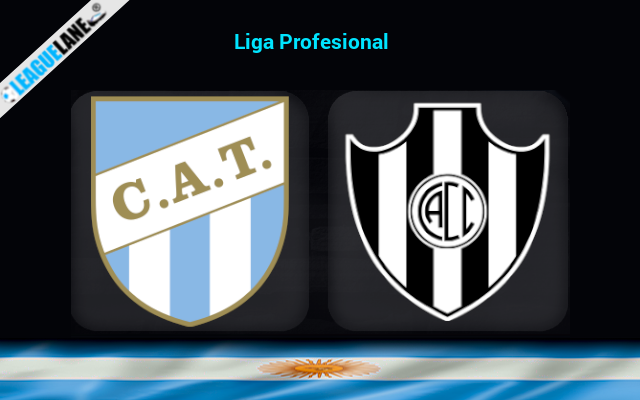 Both Atletico Tucuman and Central Cordoba sits 13th position of the Group A and Group B points table respectively. They will meet each other in a Copa de La Liga Professional match on Tuesday at Estadio Monumental Jose Fierro.

Atletico Tucuman have won one, drew one and lost four of their 6 league fixtures this season so far. They have a total of 4 points to sit second from the bottom of the Group A table. Their defense have leaked goals in a worrying fashion while their attacking side failed to score enough of goals.

Atletico Tucuman lost each of their past two league fixtures. They will be hoping to better themselves by gaining momentum from sealing some points from their upcoming league fixtures starting with this one.

Meanwhile, Central Cordoba with 6 points in total, occupies the 13th spot of Group B table. They have won one, drew three and lost two of their total 6 league fixtures so far. When compared with Atletico Tucuman, Central Cordoba possess a decent offensive and defensive lineup.

Central Cordoba recorded a 1-1 draw against Independiente on road in their most recent league fixture. With that draw, they are now on the back of five consecutive winless games in the league.

Analyzing the above stats, we can clearly see Central Cordoba having a better form than Atletico Tucuman. On top of that, they have a 100% unbeaten record against Atletico Tucuman in their head to head matches.

We therefore choose Central Cordoba to deliver a positive display against this Atletico Tucuman outfit. We also expect goals from either side as both these teams are entering this fixture with desperation to win.