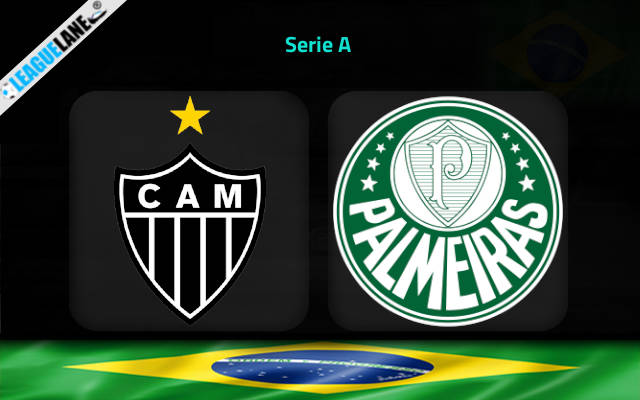 Palmeiras have regained their winning form back and they will travel to Mineirão to clash with seventh-placed Atletico MG. Recently both teams have suffered a slight dip in form in Serie A.

The host are winless in their last two league outings. Against Avai it was Guilherme Bissoli who scored a penalty which resulted in Cuca’s side losing by a narrow margin.

Following this result, the team slipped to the seventh spot on the table.

Moreover, the visitors are having a near-perfect record this season. They are at the top of the table. Also, they have lost only two games this entire campaign so far.

In their last game, the visitors defeated Santos by 1-0. It was a tightly contested match, and Miguel Merentiel rescued the team by scoring in the 77th minute. It needs to be mentioned that, in that game they attempted a total of nineteen shots.

On the other hand, Danilo picked up a red card in the 60th minute of that game, hence he will not be available for selection.

It is clear that the host are having an unpredictable form this month. As they have won only two games since the beginning of this month. Moreover, they have scored only a single goal in their last two outings.

Nevertheless, the visitors have won only twice in their previous five outings. As the season is approaching its end, they are still maintaining a good defensive record as they have only conceded nineteen goals till now.

Our first prediction is that Palmeiras will win – at 3.30 odd. The league leaders are on a two-game winning streak. Also, they have only lost twice this entire season.

Moreover, our next tip for this game is that Miguel Merentiel will score in the second half– the odd for this top will be at 7.50 odd. He has scored twice in his last two appearances. Do also note that he scored after the seventieth minute.

Miguel Merentiel will score in the second half @ 7.50.