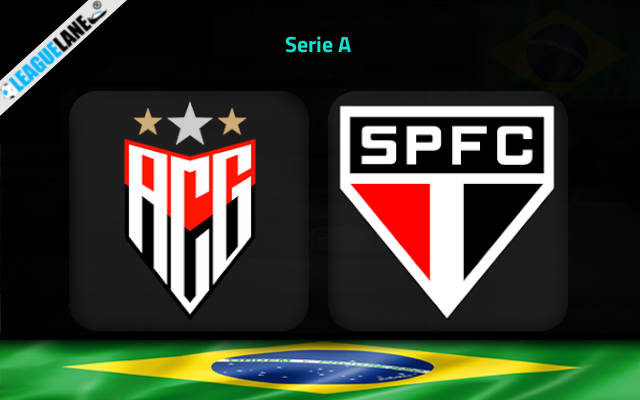 Atletico GO had an average start to this season. Their form is inconsistent and are having a seesaw of elevation on the table. Mostly, they are seen outside the top half since the completion of the first five fixtures and now they occupies the 13th spot of the table.

Atletico GO have managed to record impressive displays of late. They recorded a 1-1 draw against Ceara on road and a 3-1 win against Juventude at home in their most recent league outings. They will be hoping to make it three in a row.

Meanwhile, Sao Paulo had an unimpressive start to this season. They have changed it further by trying to record positive outcome consistently ending up in sealing drawn outcomes mostly. However, they are currently inside the safe zone spot of the table.

Sao Paulo recorded a goalless draw against Juventude at home in their most recent league fixture. They are unbeaten in 6 of the past 8 league fixtures. Also, they have only lost thrice so far this season. Their offensive side looks decent while the defensive steel is average.

We can see Atletico GO recording unbeaten outcomes in a decent rate at home. They have won two of their past four league fixtures at home. However, the other two were negative outcomes.

On top of that, Sao Paulo has a decent head to head form against Atletico GO. Hence, we back Sao Paulo to seal a win from this fixture.