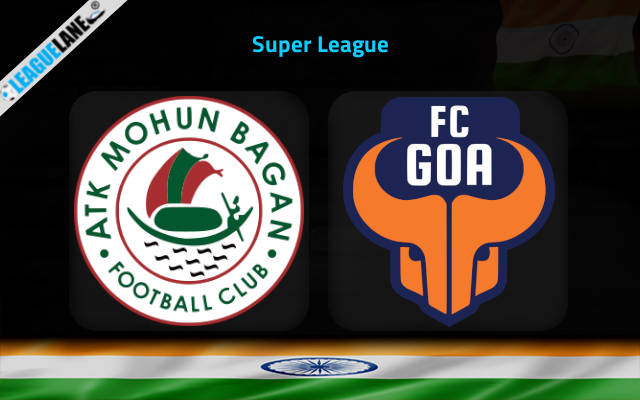 After finishing runners up in the previous season, ATK Mohun Bagan has had a rather slow start to life by their standards this time around.

FC Goa was in dreadful form towards the end of last season. Just when it looked like the team had carried such a form to this campaign as well, they have responded by going four games undefeated.

The Mariners were last seen in a 2-3 win against North East United at Fatorda Stadium. This was their first win in five games, having registered a couple of draws and losses prior to that.

Thus through five points from the last five matches, the club currently occupies the 5th position in the Indian Super League.

The Gaurs meanwhile were held to a 1-1 draw by Odisha in a neutral venue within the state of  Goa. Following which the club managed to put two points on average per game on the board in their preceding four fixtures, having lost the opening three matches of the season.

Following the result, the club occupies 8th position in the league table, three points behind their opponents for Wednesday but have a game in hand over them. Thus a win here for the visitors would take the teams level on points.

These clubs have met twice previously. While the encounter earlier this year ended in a 1-1 draw, a month prior to that AMB registered a 1-0 win.

The Mariners’ previous five matches witnessed goals from both teams and the club managed just a clean sheet in their previous 13 ISL fixtures. Goa meanwhile has scored and conceded in six consecutive fixtures.

Considering the above observations, I have backed goals from both teams in the fixture.

FC Goa has scored in the 1st half in 3 consecutive away fixtures and in the last ten away fixtures, where they have managed to get on the scoresheet. With such a record it makes sense to back them scoring in the first half.