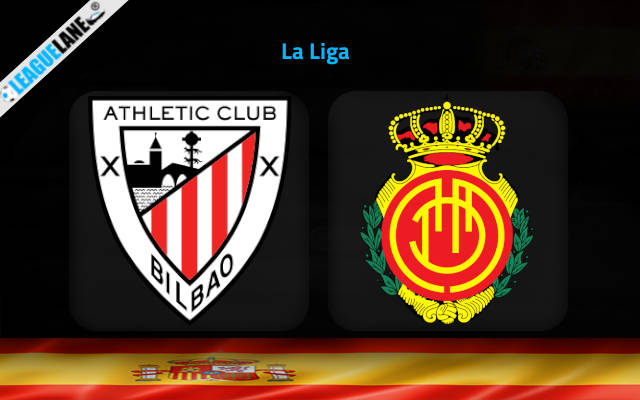 Athletic Bilbao start the new season on Monday with the home fixture against Mallorca. They are big favorites by the bookmakers but head coach Ernesto Valverde is worried ahead of the tie knowing that Mallorca are anything but a naïve opposition.

Indeed, Mallorca have had a decent pre-season run in which they were very tough to break down.

Aguirre can be thrilled with how his team looked defensively in the pre-season. They conceded only a single goal in five matches against the likes of Wieczysta Krakow, Genoa, Sporting Gijon, Napoli, and Ibiza.

The 1-1 draw against Italian Serie A giants Napoli proved Mallorca’s strength which is why we are not quite keen on backing Bilbao to win at the odds as low as 1.57 here.

Bilbao have also grown in form and confidence as the pre-season went. They are now unbeaten in three straight outings, including the wins over Mirandes and Real Sociedad and a draw to Alaves.

Bilbao will fancy their chances here knowing they had a strong home record in the previous term of La Liga, securing 10 wins, 4 draws, and 5 defeats in 19 league outings at San Mames Barria last time out.

Both Athletic Bilbao and Mallorca have been stern defensively in the pre-season and we expect both outfits to struggle offensively when they come face to face on Monday afternoon.