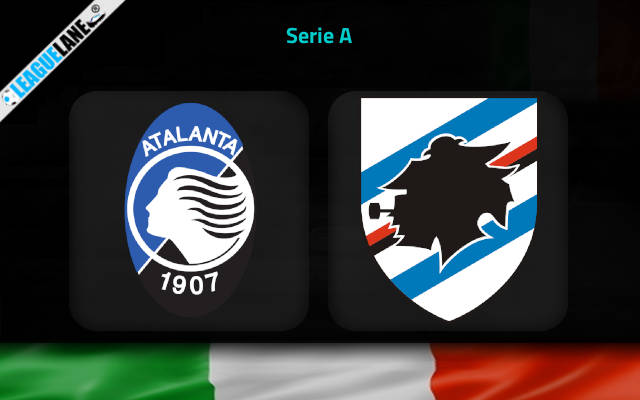 Atalanta played a crazy 3-3 thriller in a spectacular stalemate against Juventus last Sunday at Allianz Stadium.

As a matter of fact, we have seen at least six goals in each of the previous three outings Atalanta played across competitions.

Gianpiero Gasperini’s men are firing on all cylinders these days. They bagged 16 goals in the previous three outings. They have notched two or more goals in all five matches since the World Cup break.

The former Leicester striker Ademola Lookman has been one of the main catalysts for the team’s recent attacking successes.

The Nigerian forward bagged two goals in each of the last three games. He will have a nice opportunity to extend his brilliant spell of form on Saturday evening when La Dea play host to Sampdoria in Gameweek No 20 in Serie A.

Sampdoria are second from bottom in the league table. They will have a mountain to climb to prevent the drop to Serie B football next season.

Le Samp have been struggling to score goals ever since the beginning of the season. They own by far the weakest attacking record in the elite class of Italian football.

The team led by Dejan Stankovic failed to find the back of the net in any of the previous four matches in all competitions. The run includes the 0-1 home defeat to Udinese six days ago.

The hosts have been scoring goals for fun of late and we only expect the continuation of their brilliant attacking form when they come face to face with the penultimate-placed Sampdoria.

We will take the 3.00 odds offered for Atalanta to win both halves, as well as 2.75 odds for the red-hot Ademola Lookman to score anytime for the hosts.