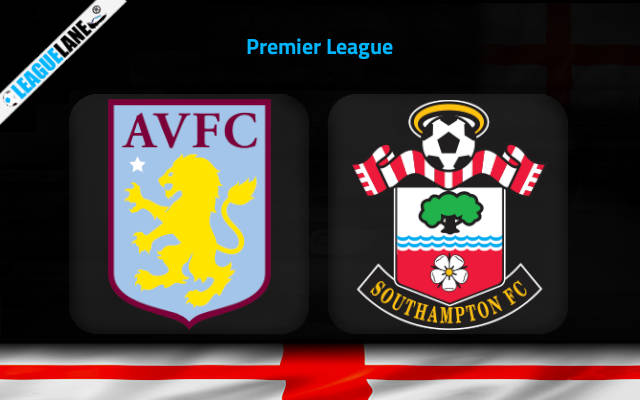 Both Aston Villa and Southampton should consider themselves lucky for having avoided relegation the previous season in the English top flight. And one would think that that it would encourage the teams to start this new campaign on a much better note.

But so far the teams are still struggling to find form, and to increase pressure upon themselves, they are letting in goals in huge numbers as well.

Villa finished 14th in the table the last time around, and managed to post just 13 wins in the process. And as expected, they had a negative goal difference at the end of the stretch as well.

Meanwhile, Southampton finished 15th in the table, and their state was much worse. They registered only nine wins in total, and conceded 67 goals from their 38 fixtures too.

Note that they had a goal difference of -24 at the end of their campaign.

Going on, goals came in plenty whenever these two teams locked horns in the past. And with either team gunning for a victory at any cost this Friday, chances are high for goals to come from both ends of the pitch.

Villa were held to a 1-1 draw at home the last match-day, by Manchester City. Before that they were on a two-game losing streak, and they failed to keep clean sheets in their last nine games in a row.

Do also note that they won just three times in total in front of their home crowd in the past ten months, and one of these wins came against the relegated Norwich.

On the other hand, Southampton lost 1-0 on the road the past game week, against Wolves. They also lost two of their past three overall games, and they remained winless in 14 of their past 18 overall matches.

In the process they even went on a five-game losing streak.

Considering these observations, as well as past h2h clashes, expect a high-scoring affair this weekend between the two teams.

Tips for Aston Villa vs Southampton