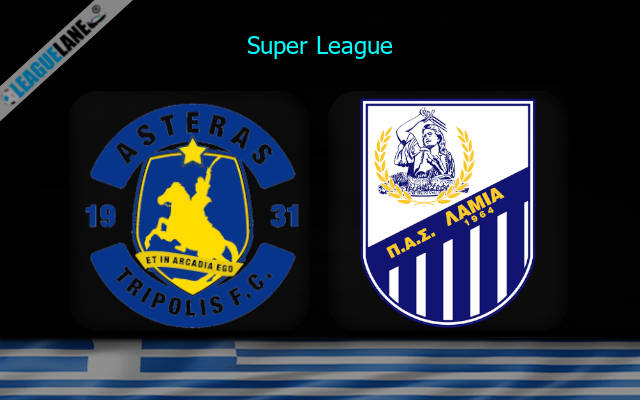 Asteras Tripolis vs Lamia Predictions and Free Tips from our expert tipsters when the teams go head-to-head in the Greece Super League on Wednesday, 04 January 2023.

The hosts are priced at 1.80 odds to claim the spoils here by the bookmakers. It is very easy to understand why because Asteras have had a compratively better run so far in this campaign than their Wednesday’s rivals Lamia.

Asteras are at 9th spot in the league standings, four spots and points above Lamia. However, these two teams are on a winless streak at the moment.

The past four overall wins were evenly split, with two each for either sides. Their latest meeting had finished in a goalless draw.

At this venue, Lamia are on an undefeated run against Asteras for the last four matches.

Who will win the match between Asteras Tripolis vs Lamia?

Asteras are on a five-fixture unbeaten streak at home and will be following the thread to enter this fixture. On the other side, Lamia is on a three-fixture losing streak on the road.

Although Lamia have a slight edge in the recent head to head recordings, we expect a win for Asteras considering their current form.

All the past five home outings of Asteras Tripolis had fewer than 2.5 goals. In fact, they have recorded the least number of over 2.5 goals ft so far in the competition.

Lamia are also a team that has few high-scoring encounters this season. In that case, expect this match to have under 2.5 goals.

Asteras have managed to keep their net untouched in four of the last five home matches. On the other side, Lamia have failed to score in the last three road trips consecutively.

Moreover, only one of the last four encounters between these two at this stadium had goals from both ends. Therefore, expect a one-sided affair on Wednesday.

We like to back Asteras to win at 1.80 odds considering all these observations. For the second tip, Both teams to score: No at 1.62 odds seem to be an ideal option.