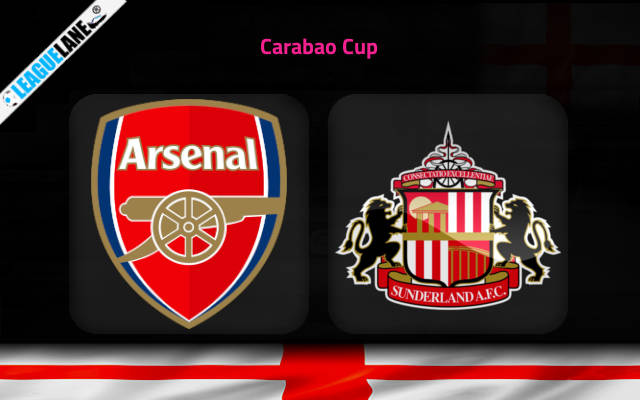 Arsenal have placed themselves as one of the best teams in England once again, and as a great gift to their loyal fans, they are once again in the race for top-four in the PL.

This Tuesday, they are at home, and are taking on a team from the League One, for a spot in the final four of the Carabao Cup.

And in the meanwhile, all the remaining teams in the competition have tough opponents to deal with in this round. Likely, the Gunners will be particular to make full use of this fixture.

Coming to their opponents Sunderland – they might be one of the top dogs in League One. But in no way are they equipped to take on an in-form team from the top flight. Even the results of previous h2h meetings suggest a convincing win for Mikel Arteta’s men.

Arteta’s men had recorded a 2-0 win against Leeds in the previous round. They have been on a great run for the past several weeks – especially compared to the way they had started their campaign.

And it deserves to be mentioned that their only losses this season in any competition had come against some of the absolute best teams in England.

On the other hand, Sunderland had to scrape through via penalties against QPR in the last round of the EFL Cup. And all through 2021-22, they have shown an incapability to have some consistency. Particularly on the road, they have been struggling to have a healthy run of fixtures.

Considering these observations, as well as past h2h stats, expect a win for Arsenal this Tuesday.

Tips for Arsenal vs Sunderland