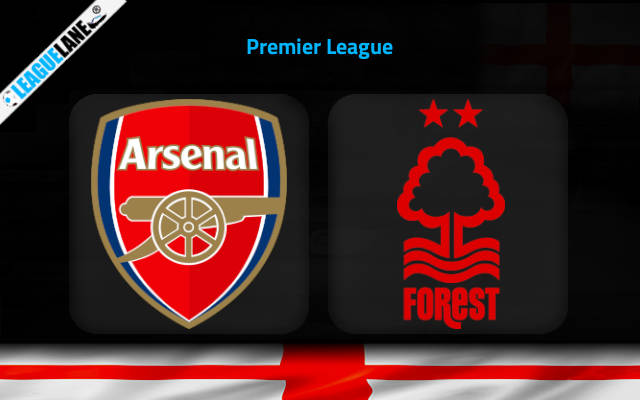 The Gunners have an easy match-up after quite some time, and they already are in great form. They are at the top of the table, and have thrown in their names as contenders for the title. This Sunday, they are expected to win comfortably against the dead-last placed Nottingham.

Forest are placed bottom-most in the table at the moment, and managed to win just two fixtures all through the campaign.

It is true that they defeated Liverpool in a tightly-contested fixture – but that result is viewed more as a mishap that happened due to the shortcomings of Jurgen Klopp’s men.

Moreover, they are a team that were promoted to the top flight only at the end of the last season. This inexperience will hold them back considerably – especially against titans like the Gunners.

Mikel Arteta’s men are ready for the fight. With the season almost one-third over, they are at the top of the table – and have a 100% unbeaten record disregarding their match-up against Manchester United.

Importantly, they also have a 100% winning record at home so far, and have a dominant h2h record against this rival.

For the reasons, anticipate a convincing win for Arsenal this Sunday.

The Gunners have been in such great form that they dropped a total of just four points all through the campaign. And it is to be noted that they have a 100% winning record at home in all competitions since April.

On the other hand, not only are Nottingham a new addition to the PL, but they have a single win to their name since August in the league.

All along they conceded goals in plenty, and to make matters worse they have a poor h2h record against this foe too.

Likely, count on Arsenal to extend their impressive streak of performances.

Tips for Arsenal vs Nottingham Forest