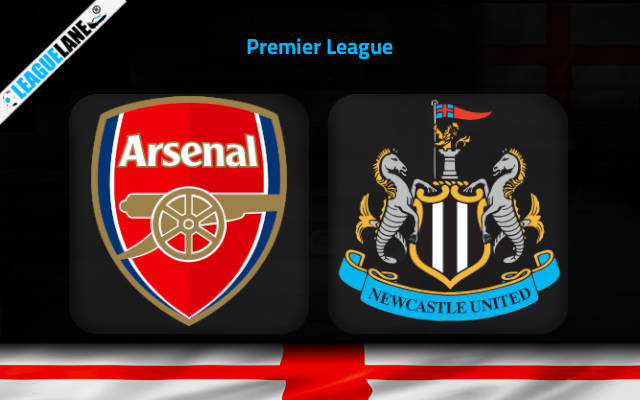 Arsenal and Newcastle are the two most positive surprises of the opening 18 rounds in the Premier League.

Both outfits sit inside the top-three in the league table going into their 19th round match on Tuesday evening at Emirates Stadium.

With a record of 13 wins, 1 draw, and 1 defeat in 15 outings, the Gunners are five points clear on defending champions Manchester City at the top of the standings.

Mikel Arteta has finally found the winning formula as the chemistry in his team’s dressing room can hardly be at a higher level.

Arsenal finally have that winning mentality around them and their creative offensive weapons are very hard to slow down these days.

That said, if there is any side capable of causing this Arsenal outfit any damage, it would be Newcastle.

The Magpies are buzzing this season under Eddie Howe. They are firm top-four contenders at this point and they have been defeated just once this season.

Newcastle continued their marvelous spell of form eight days ago when they stormed past Leicester 0-3 at King Power Stadium.

Miguel Almiron was on target once again, taking his phenomenal league tally to nine goals.

Both Arsenal and Newcastle possess great firepower on display in the final third but this is actually the clash between two of the best defensive lines in the competition. The Gunners allowed only 12 goals in 15 games, while Newcastle officially have the best defense in the league with 11 shipped goals in 16 outings.

Newcastle will cause problems to Arsenal but this Gunners’ team has the winning mentality. We’ll take Arsenal to win & Under 2.5 goals FT bet at the 4.75 odds.