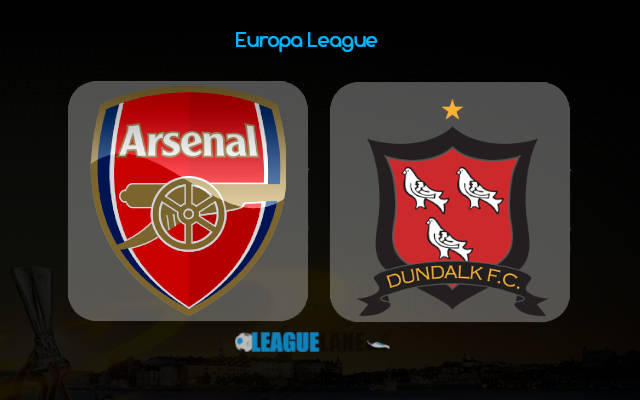 With two consecutive losses in the Premier League, the Gunners will aim to find something to bounce back in their form in the schedule.

Their first-round encounter in the EL group stage resulted in a 1-2 win on the road against Rapid Vienna. But they will host after a 0-1 loss at home against Leicester.

Dundalk will play on the back of a two-game losing streak in their schedule across both EL and their domestic league fixtures in the record.

Their start to the EL group stage this term was met with a 1-2 loss at home against Molde. They will visit after a 1-0 loss on the road against Waterford in the Irish Premier Division.

There is no doubt that the match is sizing to be a home win in full-time. Ten of Arsenal’s 12 all-time EL home wins have yielded a 2+ goal margin in each of those fixtures.

Apart from their recent two losses in the Premier League, the Gunners have nothing to worry about in the upcoming match. The host enjoys the ground advantage in the game, which is why backing the gunners for scoring over 2.5 goals seems to probably be the ideal choice in the goals area.

Besides, their squad strength includes Lacazette, Aubameyang, Nicolas Pepe, and others.

Dundalk is on a two-game losing streak in the league, including a loss to Molde in the last Europa League group stage fixture. With their poor form on the road and weaker squad strength in hand, it doesn’t seem like the visitors can test the host at Emirates Stadium.

Thus, the tip for Arsenal to win with a -1 handicap will probably be the best bet for the punters to yield decent returns from the encounter.