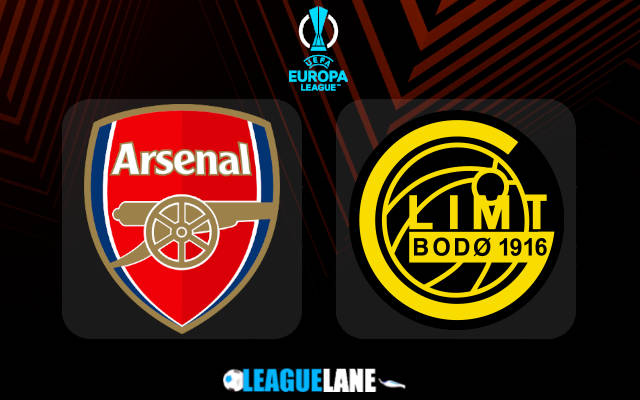 Arsenal are the toppers of the English top flight, arguably the best league in Europe. They are at home this Thursday, and are in great form. They easily are the favorites to secure a win against the Norwegian visitors Bodo, who have been inconsistent lately.

Bodo dropped points in most of their matches in the recent past, and also let in goals in huge numbers. They are also on the road, where they have not at all been at their best for quite some time now.

It is true that they are the reigning champions of the Eliteserien, but currently they are trailing 15 points below the toppers.

Meanwhile, the Gunners are at the top of the EPL table, even above the seemingly unbeatable Manchester City.

Mikel Arteta’s men have a 100% winning record so far, barring their match-up against Manchester United. They do have a great opportunity to go after the English title this time around.

It gives them confidence that they are at home this Thursday, where they have been at their absolute best. It is also quite reassuring for their fans that they scoring goals in huge numbers lately.

As things stand, anticipate a victory for Arsenal this Thursday at the Emirates.

The Gunners won 15 of their past 17 overall fixtures, and they scored two or more goals in these 15 matches. They are also on a five-game winning streak at home, and they won 10 of their past 11 appearances here too.

Note that they found the back of the net 39 times from their past 11 home games.

On the other hand, Bodo were winless in six of their past nine overall games, and they failed to keep clean sheets in 10 of their past 12 fixtures.

Do also note that they were winless in four of their past seven road trips.

Considering these observations, it is expected that the in-form Arsenal will deliver a huge win this Thursday at their home.