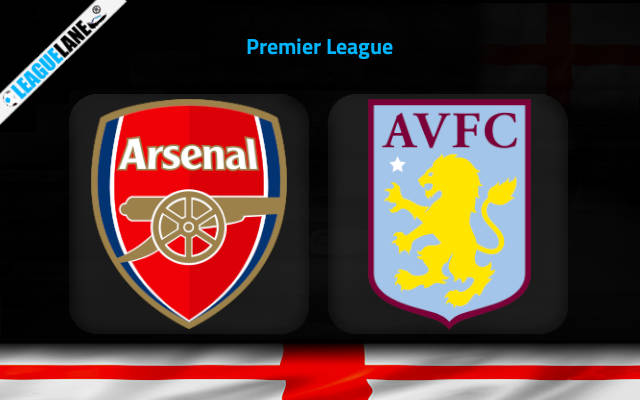 Arsenal continue to be the best team in the English top flight this season, with a 100 percentage winning record. This Wednesday they will be eager to keep this trend going on in front of their home crowd against the struggling Aston Villa.

Villa have a 100 percentage losing record so far this season, disregarding a single fixture. They have been letting in goals in huge numbers and it goes without saying that they are placed at the bottom-most tier of the table.

Moreover they have also been letting in goals in plenty in away fixtures lately and their recent performances have only increased pressure upon them.

Meanwhile the Gunners are finally reaping the rewards for keeping trust in their manager. It was tough for them for the past few seasons but now it seems that they are on the right track.

At the beginning of the campaign the best they hoped for was a top-4 finish, but now there is even talk that the team just might go for the title.

They already have a lead at the top of the table and it is important for them to keep this cushion of points alive at any cost.

Moreover, they also have a dominant head-to-head record against this rival over the years. Considering these observations, expect Arsenal to deliver another victory this Wednesday.

The Gunners are on a 5-fixture winning streak and they had also won 11 of their previous 12 matches. Do also note that they had scored a total of 17 goals from their past 5 games.

Moreover, they had also won 9 of their past 10 appearances in front of their home crowd.

By the looks of things, expect a victory for Arsenal this Wednesday.

Tips for Arsenal vs Aston Villa