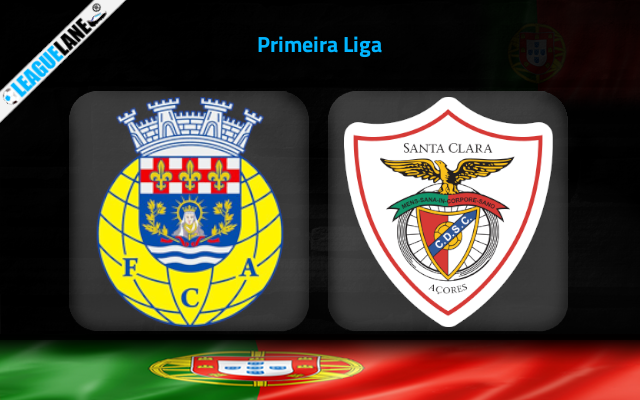 Arouca are on the verge of the relegation picture. They sits at the 15th position of the table with a total of 26 points, one point away from the danger zone. They will be hoping to secure themselves from sinking in to the red spot.

Arouca recorded a 1-0 defeat on road against Boavista in their most recent league fixture. They were on the back of two subsequent unbeaten fixtures in the league before recording the above negative display. They will be hoping to get back their unbeaten streak.

Meanwhile, Santa Clara have been recording inconsistent displays in the league of late. They have collected 8 points from the past 5 league fixtures to add up to a total of 34 points on the table.

Santa Clara were last seen delivering a 2-0 winning performance at home against Estoril in a Primeira Liga fixture. The above win came after three consecutive winless displays recorded by them.

We can see Arouca possessing an impressive head to head form against Santa Clara. But that isn’t enough for backing them to seal a win from this fixture.

Arouca have only won thrice in the past 10 home fixtures. Six of those 10 home affairs were negative displays too. On the other side, Santa Clara are winless in 9 of the past 10 on road fixtures across all competitions.

Analyzing all the above stats, we are envisaged to think that they both might end up scores level. Therefore, we are backing the draw option for this Primeira Liga clash between Arouca and Santa Clara.